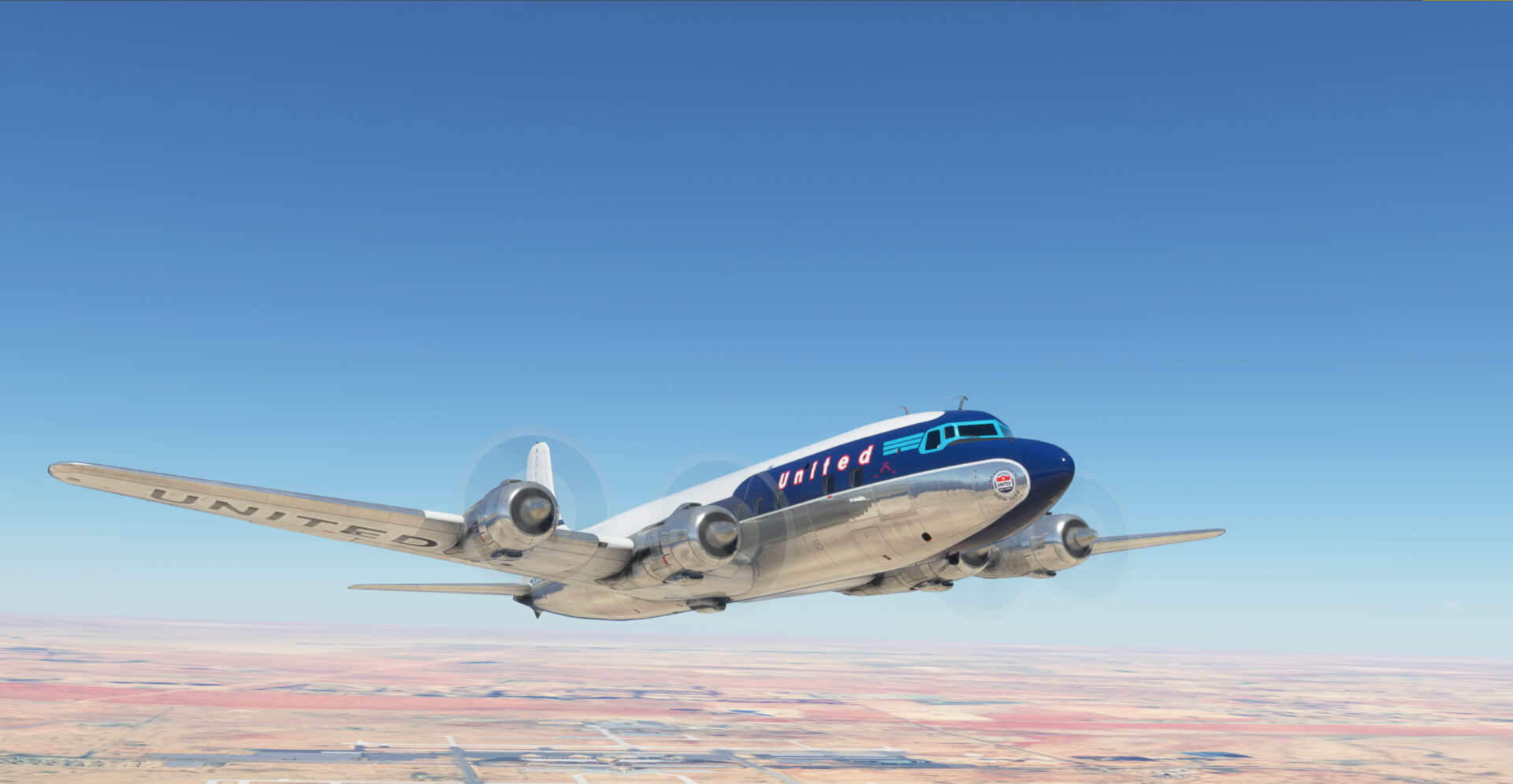 The video is another detailed tutorial video about slowing down so that you can begin your approach. Those used to fly modern airliners may think this is elementary, but when you’re sitting on a propliner pulled by four massive radial engines things are a bit more complex.

Of course, it’s also a great chance to take a good look at how beautifully detailed this bird is.