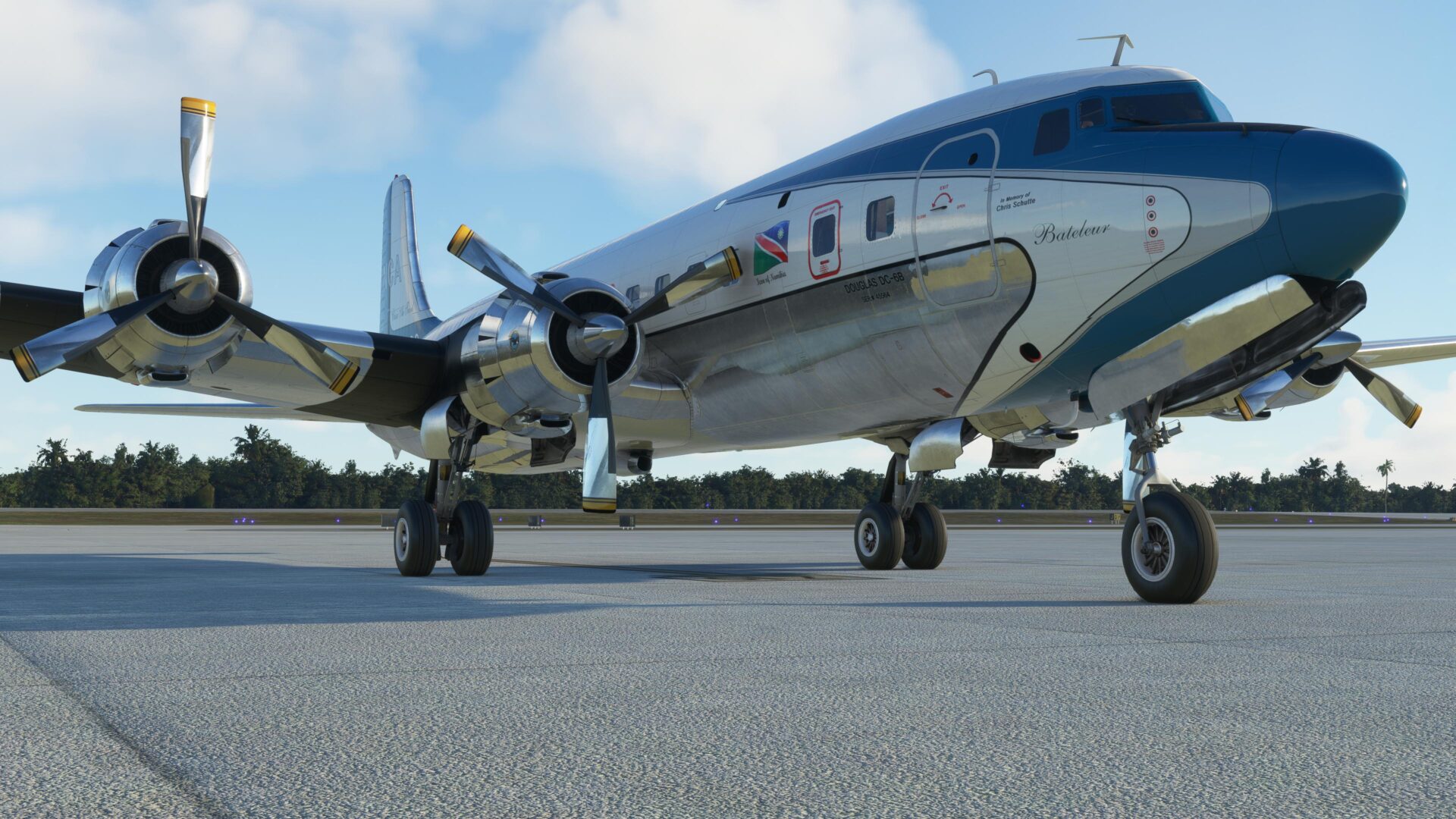 The vintage classic Douglas DC-6 for Microsoft Flight Simulator by acclaimed developer PMDG is coming close to its launch, and new assets have been released.

This time around we get to see new screenshots of this gorgeous propliner from beta tester cavaricooper (sources: 1, 2, 3, 4) including the iconic Namibian livery. This one is actually rather special considering that it’s the last DC-6B ever built.

We also get a new tutorial video narrated by PMDG CEO Robert Randazzo focusing on the descent phase.