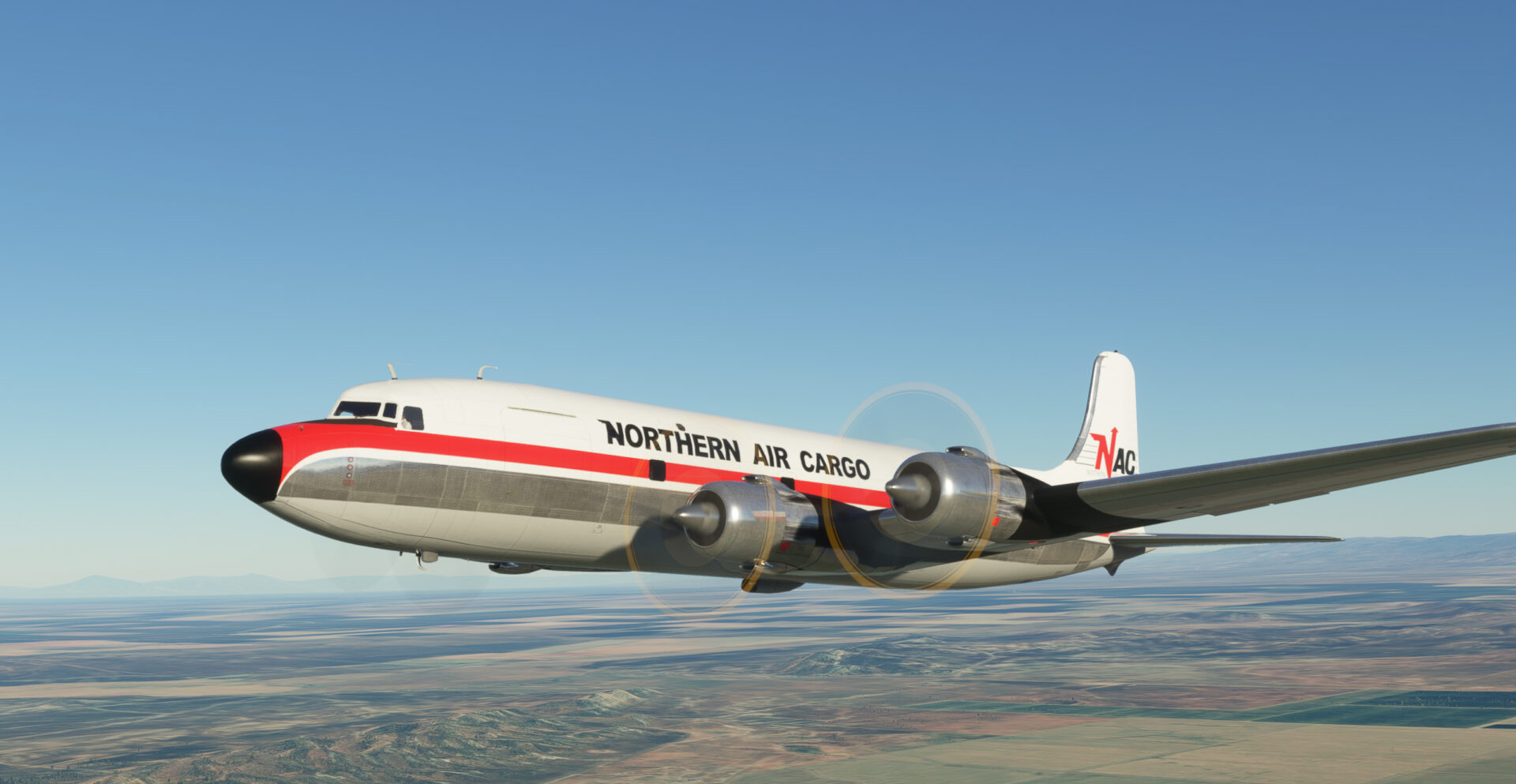 More screenshots have been shared of the upcoming DC-6 add-on for Microsoft Flight Simulator by acclaimed third-party developer PMDG.

This time around, most of the images (Provided by PMDG itself, tester cavaricooper, and graphics designer Mac Paint) show mostly the cargo version of the aircraft.

We get to see PMDG’s own livery on top of historical liveries for American Airlines, Northern Air Cargo, and Everts Air Cargo. For the passenger version, we see the United Airlines, Delta, and Red Bull liveries.