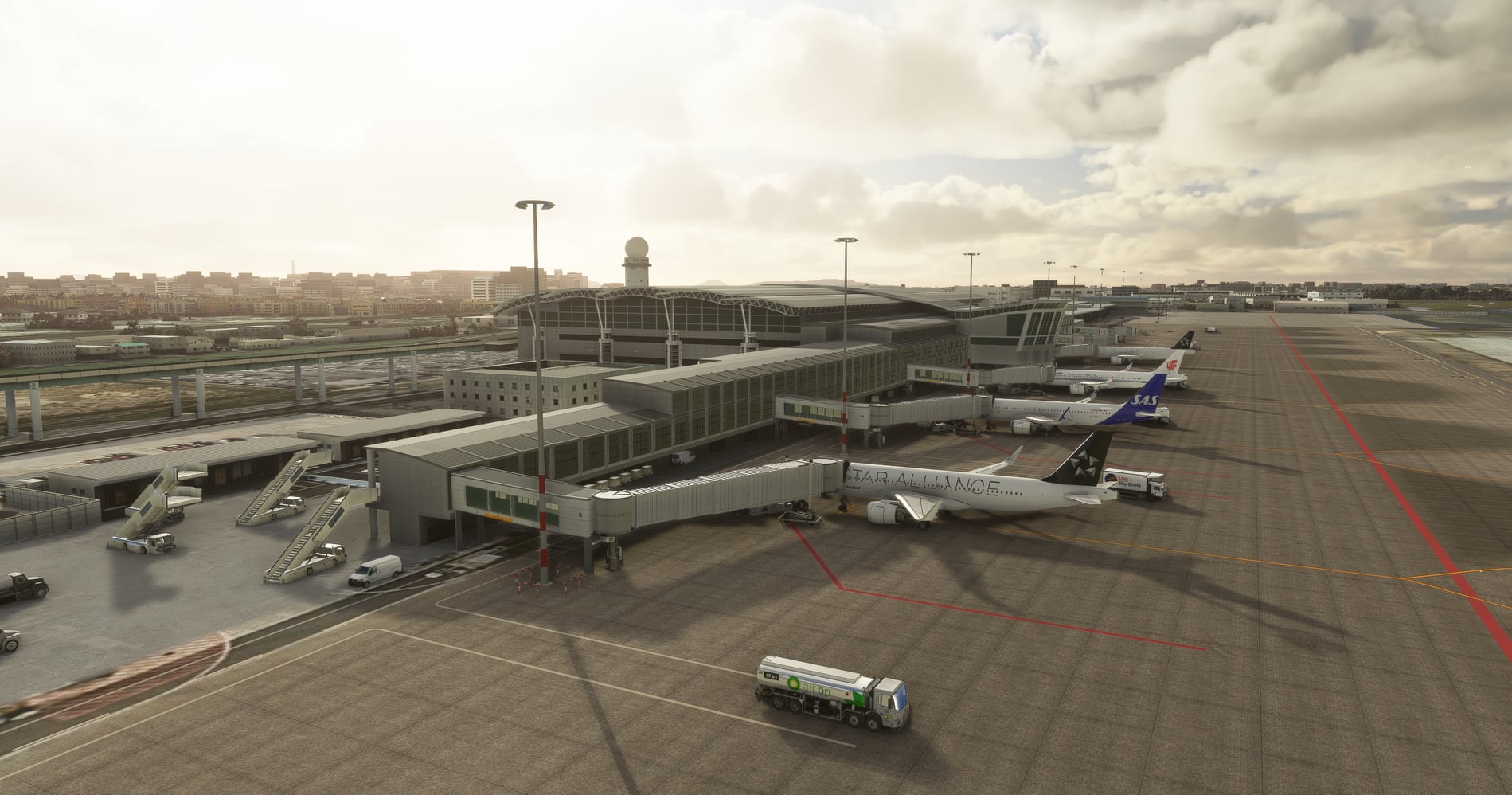 Third-party developers have shared quite a lot of news and assets about upcoming scenery for Microsoft Flight Simulator today.

First of all, following the previous teases, SamScene3D has confirmed the announcement of its “Japan Fukuoka Wow” package which will include both airport and city. It’s coming this month.

Fukuoka Airport (RJFF) is the fourth-busiest passenger airport in Japan and sees crisp airliner traffic both on the domestic and international sides, so it’s definitely a welcome addition to the simulator. Its nature as an in-city airport makes it perfect for this kind of package that also adds detail to the city itself.

Next is Justsim, that announced Dalaman Airport (LTBS) in Turkey. It’s the 8th-busiest airport in the country by passenger traffic.

This kind of announcement by Justsim normally comes very close to release, so it should be around the corner.

We then hear from Gaya Simulations that provided a new look and the features list of Block Island State Airport (KBUID) in the United States.

As the name suggests, Fayetteville hosts a limited volume of regional traffic operated by Delta and American Eagle on top of plenty of general aviation, business, and some charter operations.