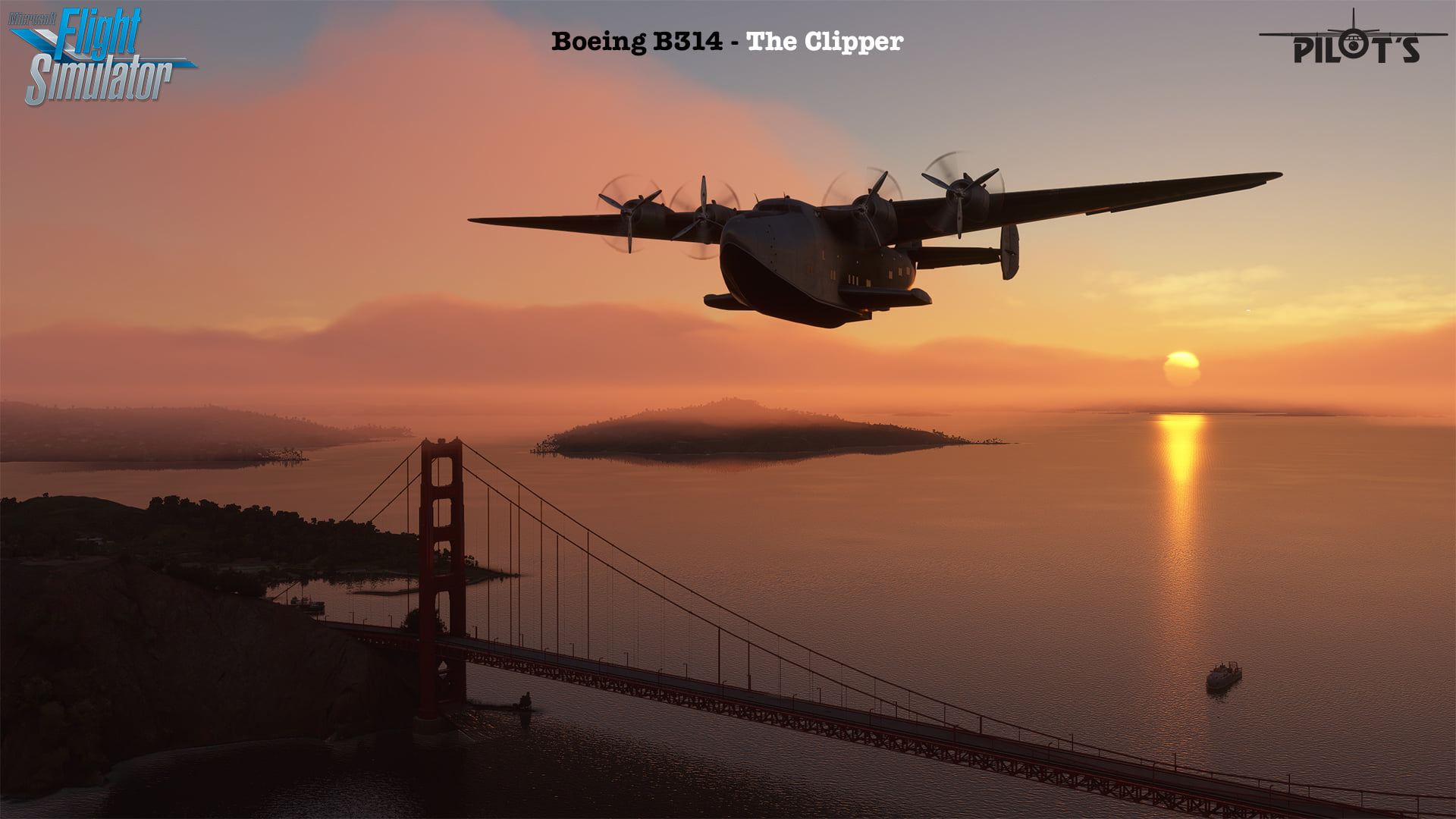 Fans of Massive flying boats rejoice, as the grandmother of all Clippers is coming to Microsoft Flight Simulator.

Today Pilot’s announced that it’ll bring its Boeing 314 Clipper to the sim. No release date or pricing information has been revealed, but it’s coming “soon.”

Produced by Boeing between 1938 and 1941, it was one of the largest aircraft of its time.

Its development was prompted by Pan Am, which purchased 9 of the 12 clippers built. It’s easily one of the most representative aircraft among the passenger flying boat class of old.

While we wait for more information, you can enjoy a few rather scenic screenshots below.

We also take another look at the Edgley Optica by Orbx, which should be close to release.