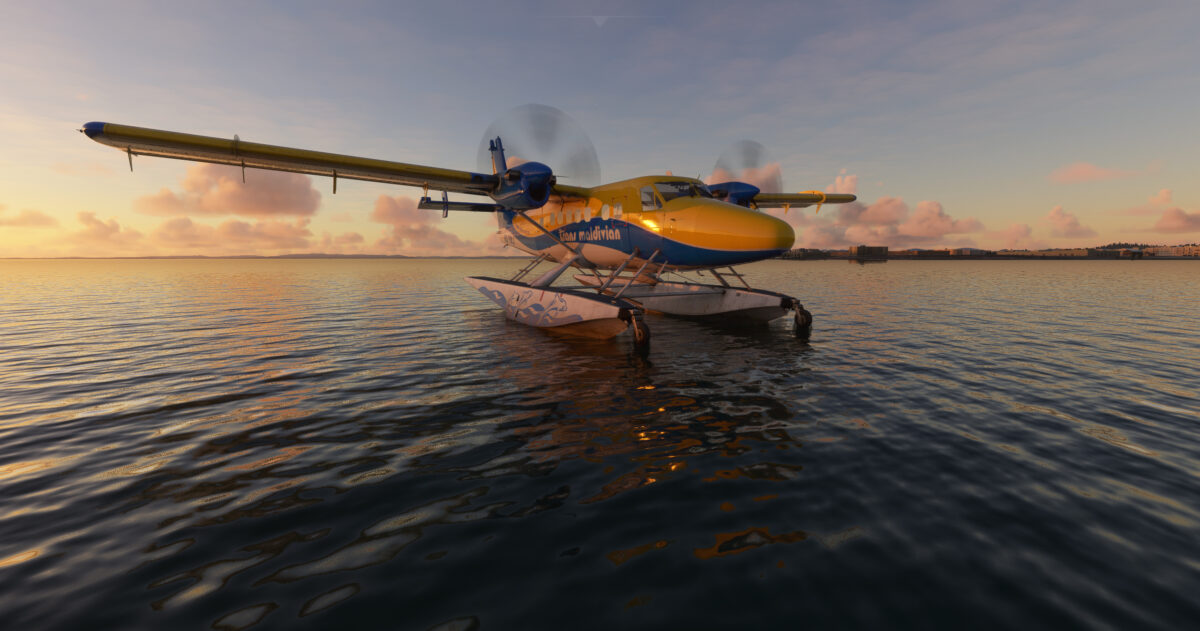 Third-party developer Aerosoft has shared a lot of new screenshots of upcoming add-ons for Microsoft Flight Simulator, on top of releasing a new one.

First of all, we take a look at new screenshots of the flight deck and the Trans Maldivian Airways livery of the upcoming de Havilland Canada DHC-6 Twin Otter.

Incidentally, we already know that Aerosoft plans to release this aircraft for the Xbox Series X version of the game when it launches.

Next, new screenshots were revealed of another livery for the Bombardier CRJ 900, which will be offered as a further add-on to the excellent CRJ 550/700 package alongside the CRJ 1000 variant.

More screenshots showcase the upcoming Brussels Airport (EBBR). It certainly seems to be worth the long, long wait since its announcement many years ago. In the meanwhile, generations of simulators have passed and the developer in charge has also been changed, with acclaimed developer Jo Erlend finally stepping in to deliver.

Last, but not least, the Grenadines Islands Vol. 2 has been released. It can be purchased on Aerosoft’s own store for €13.27 including applicable VAT.

The Grenadines are located in the Caribbean and are part of the Lesser Antilles, between the islands of Saint Vincent and the island of Grenada. The second part comprises three airports of the islands Bequia (TVSB), Mustique (TVSM) and Canouan (TVSC).

The airports are very detailed and use the latest PBR technology on 100% of the 3D models. Moreover, the main VFR landmarks are placed on islands and custom boats.”