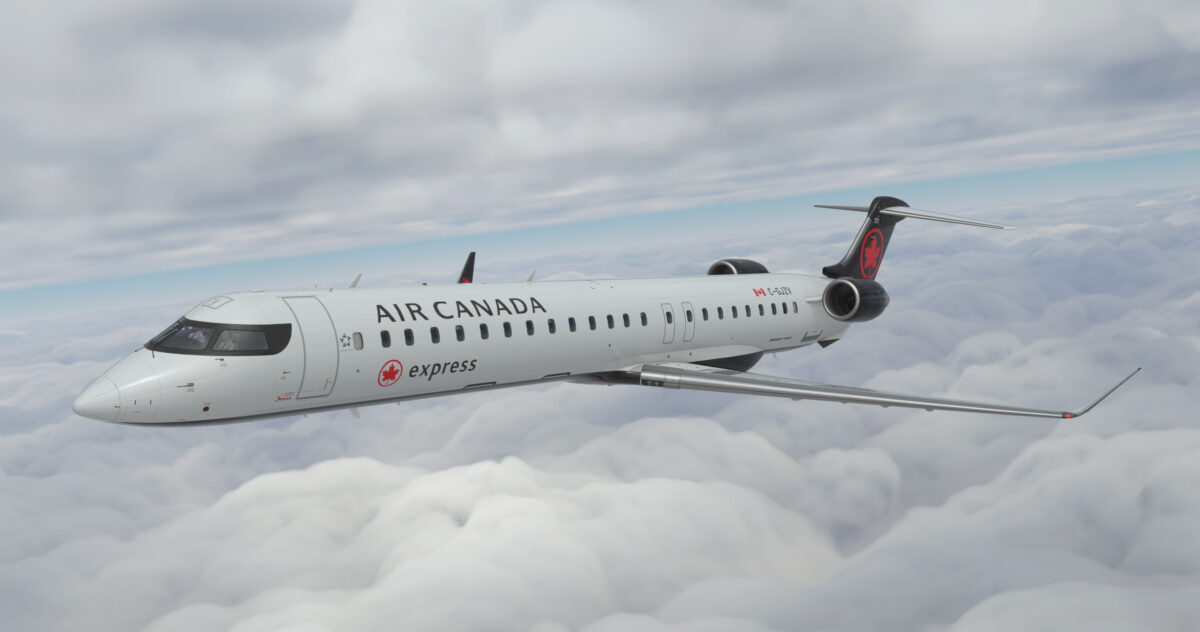 Today third-party developers had quite a few reveals to share about upcoming add-ons for Microsoft Flight Simulator, on top of a relevant release.

First of all, let’s start with something you can grab right now. SamScene3D just released its Chongqing Magic City 8D package that includes both the city and its busy Jiangbei International Airport (ZUCK).

You can purchase it on the developer’s own store for $16.99.

Chongqing, well known as “8D magic city”, is an economically important municipality in West of China, with a population of over 8.5 million in the city center.
Chongqing is also the launching point for scenic boat trips down the Yangtze River through the Three Gorges Dam. This scenery focus on the Chongqing city center also includes a bonus simple design airport scenery: Jiangbei International Airport (ZUCK)

Next, we move on to upcoming aircraft. Aerosoft released new images of the Bombardier CRJ 900, which will be offered as a further add-on to the excellent CRJ 550/700 package alongside the CRJ 1000 variant.

This time around we see the Air Canada Express and Lufthansa Cityline liveries.

Next is DC Designs, providing another look at the Boeing-Stearman Model 75 and even a screenshot of Concorde. The glorious supersonic airliner will undergo a major rebuild to bring it up to Microsoft Flight Simulator’s standard, which will start around June or July.

Last, but not least, is Just Flight, bringing new screenshots of its PA-28R Turbo Arrow III and IV, which will release in the “coming weeks.”

“The turbocharged Arrow III and IV offer greater performance than the existing normally-aspirated Arrow III, and arguably sportier looks thanks to the sleek engine cowling and T-tail. The finishing touches are being made to the flight dynamics, engine sounds and custom code – including engine damage simulation if you abuse that turbocharger too much!”