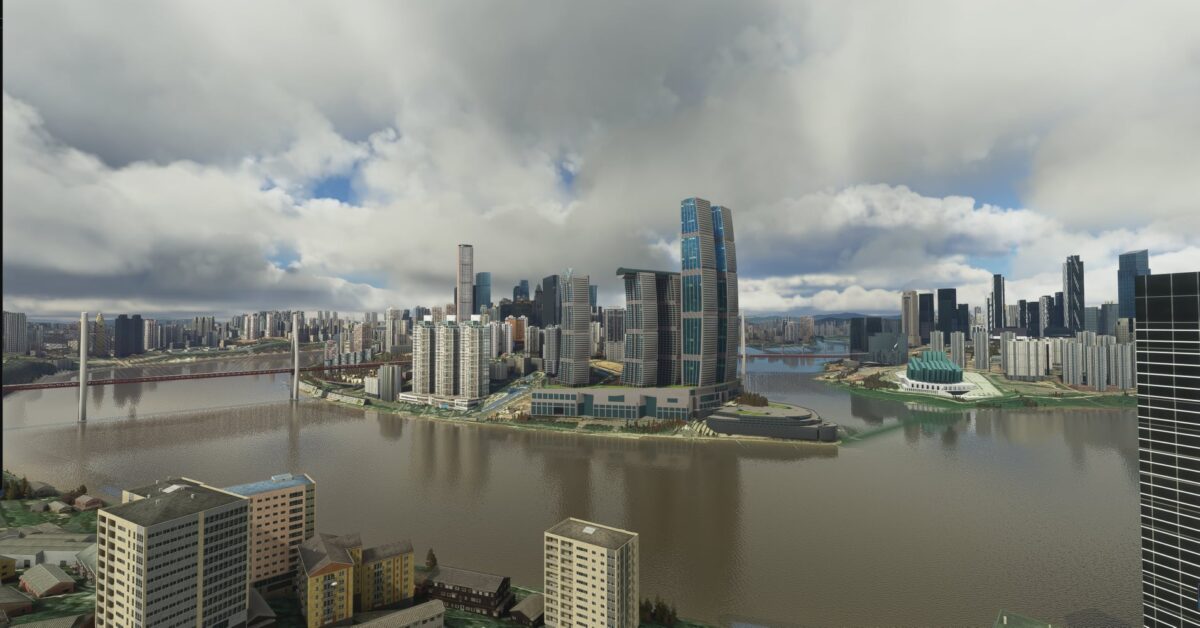 SamScene3D opens the dance floor with the first gallery of screenshots of its upcoming Chongqing scenery, which will include both the city and its Jiangbei International Airport (ZUCK).

This is great considering that the simulator’s rendition of China certainly needs all the help it can get.

Next is AuScene. No one will be surprised at the fact that their next airport announced today is in Australia. It’s Ballina Byron Gateway Airport (YBNA) in New South Wales.

For now, all we get is two screenshots.

Last, but not least, we stay in Oceania. NZA Simulations has announced that its Nelson (NZNS) airport is in the final development phase and will feature true 7cm-resolution orthoimagery. You can see a screenshot below, portraying the iconic Boulder Bank Lighthouse.