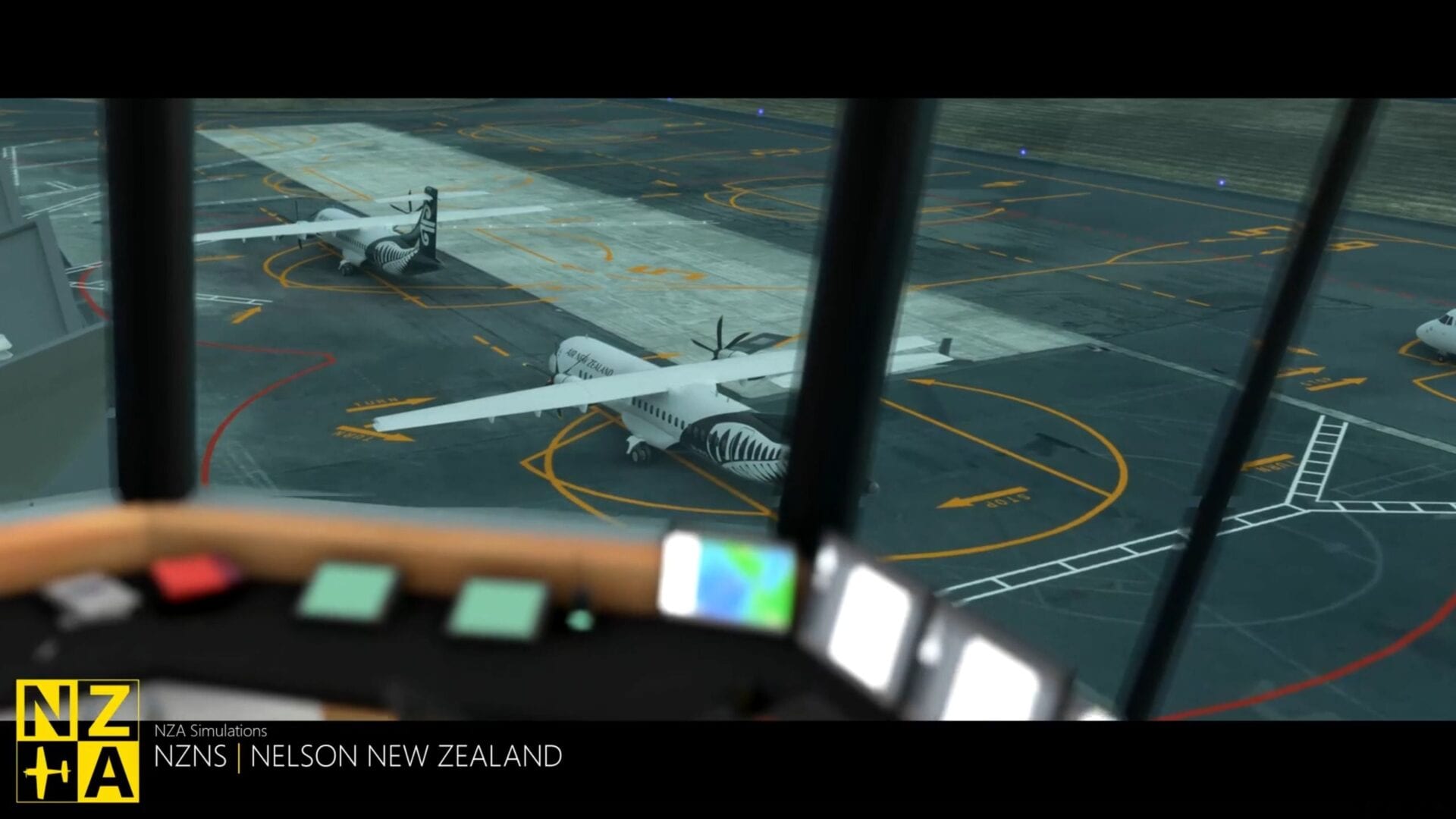 MT Scenery Design has provided another look at its upcoming Coventry Airport (EGBE) in the UK, focusing on the runway and peripheral areas.

Next is NZA Simulation, showing off Nelson Airport (NZNS) in New Zealand in a brief video. We take a look at the details of the interior of the ATC tower and at what appears to be nicely weathered ground textures on the apron.