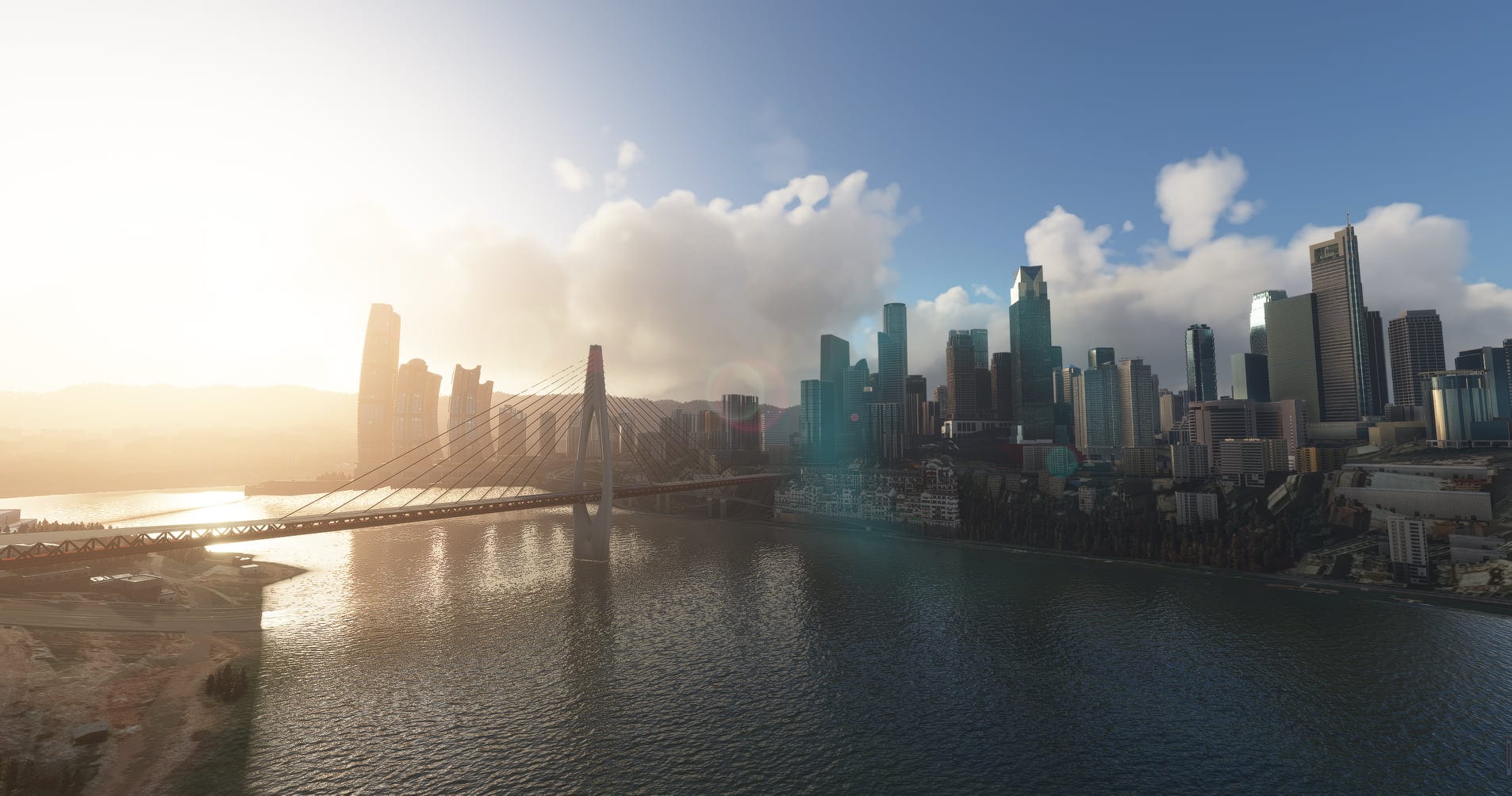 Today third-party developers have made a number of announcements and reveals for Microsoft Flight Simulator.

First of all, SamScene3D just announced Chongqing and its super-busy Jiangbei International Airport (ZUCK) in China. Well, to be more precise, they teased the add-on with a picture, but the city is absolutely impossible to mistake. You can see the image above.

Next is Aerosoft and its partner developer Stairport, who announced Memmingen (EDJA) in the Swabia region of Bavaria.

From the good folks at Drzewiecki Design we get a look at Moscow Sheremetyevo Alexander S. Pushkin International Airport (UUEE), and more precisely at more of its static A319-321 aircraft model with visible cockpit.

Last, but not least, Africa4FS showcased more screenshots of Terminal 3 of its upcoming Kotoka International Airport (DGAA) in Accra, the capital of Ghana.