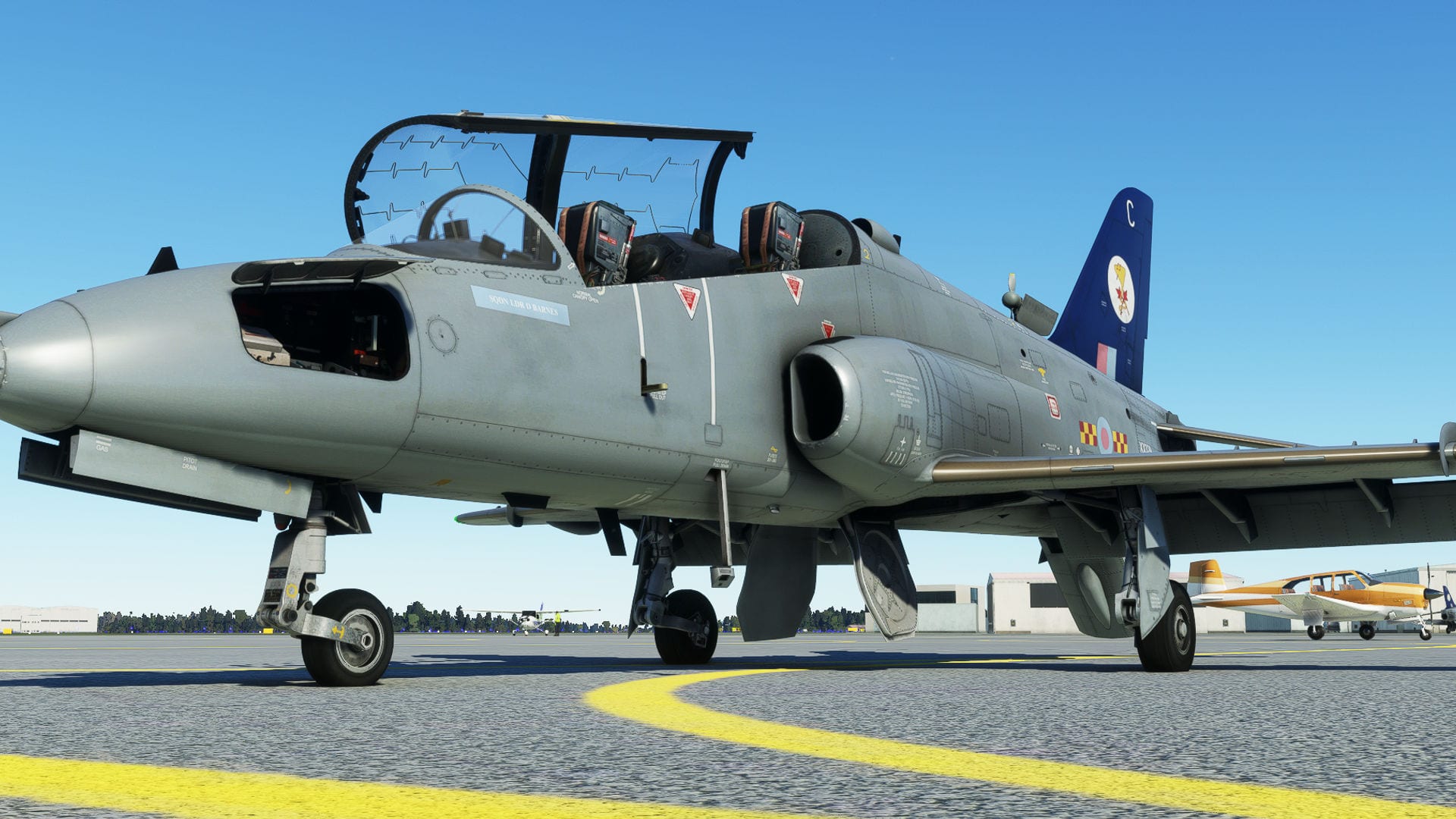 Just Flight is working on a Piper PA-28R Arrow III for Microsoft Flight Simulator but turns out that they have more in the pipeline.

First of all, we learn from a press release that came in today that the developer is aiming for next week to release a the Arrow III. Of course, you should keep in mind that this is the current target and it could wait.

On top of that, we get the announcement of a PA-28R Turbo Arrow III and IV which is targeting a release a few weeks after the Arrow.

You can find plenty of details here and some spiffy screenshots below.

If you’d like something quite a lot faster, the developer is also working on a Hawk T1 & T1A Advanced Trainer that is “around 4-6 weeks away from release” (again, this is a target that could change).

Once more, you can find all the details here, and a lovely gallery below.

Other developers shared a few bits and bobs of information and images today.

DC Designs teased the upcoming F-14 Tomcat with a single image in the simulator.

On top of that, we get to see a texture file from Drzewiecki Design, who is currently working on Ronald Reagan Washington National Airport (KDCA) featuring United’s new livery for the static Airbus A319s and A320s.