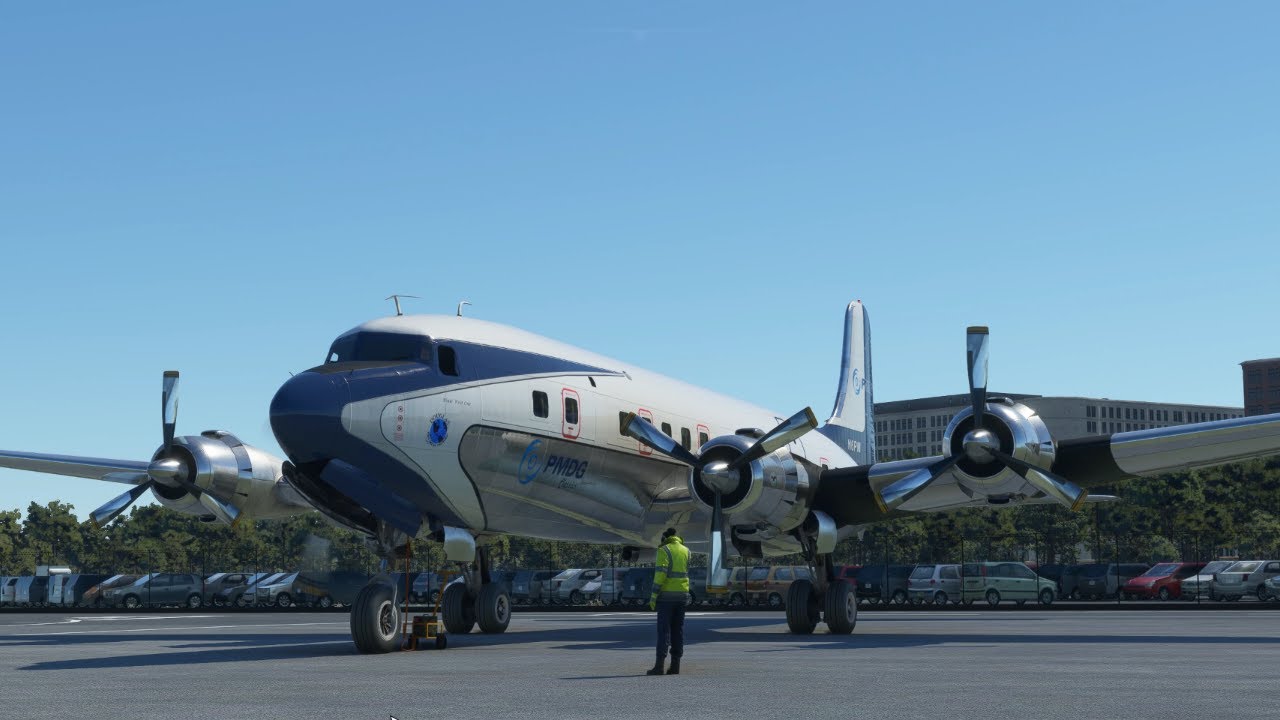 We learn that the first product the developer will release (apparently in around a couple of weeks in June) is the vintage Douglas DC-6 that was teased a few days ago.

The developer has launched a brand new YouTube channel with an introduction video and the extensive beginning of a tutorial series showing the Skymaster in action.

It certainly looks like a very advanced aircraft that will challenge even the most demanding simmers.

On PMDG’s forum, founder Robert Randazzo explained that the developer is “all-in” with Microsoft Flight Simulator, and resources from around the company have been moved to work on the platform.

“We have been rather quiet about our pending product releases as they related to Microsoft Flight Simulator, but the time for silence has now drawn to a close. After a long period of keeping our MSFS experience to ourselves, we are finally ready to show you what the road ahead is going to look like for our product lines in this exciting new platform.

Let me start by saying that we do not view Microsoft Flight Simulator as a “port-over” process. About fourteen months ago we determined that a full, new development process would be called for in order for us to take full advantage of everything that the new sim platform has to offer. It has been a painstaking process to throw out more than two decades of experience and workflow in order to build new products for Microsoft Flight Simulator, but now that we have a few products working in MSFS I am certain that taking the longer pathway was the best decision we could have made.

Our plan is to bring our entire 737, 747, 777 and DC-6 lines into MSFS. This task is currently our highest priority workflow and we have moved resources from around the company to accomplish this task. Originally we felt that 737 would be our first product to hit the release cycle, but this proven not to be the case. There were a significant number of technical hurdles that needed to be cleared before we could push any of our glass flight deck airliners into MSFS. While this has been a painful process we believe that we are clear of the worst hurdles and what remains now is mostly just the work of development required to finish our products properly.

We are fortunate to have a very talented team that works in parallel on multiple projects at one time and it became evident a few months ago that our DC-6 had reached a point where it was ready for testing well ahead of the 737 that was supposed to beat it to release. With that realization we pushed the DC-6 to our testing team a few months ago and they have been putting hours and cycles on the simulation to great effect.

There has been a fair amount of skepticism within our customer base as to whether Microsoft Flight Simulator is-or-will-be a valid platform for the sorts of products PMDG makes. We have remained silent on the topic in part because we don’t generally talk much about products early in the development cycle. We also don’t like to talk too much about our development agenda prior to a development project reaching some maturity because it is important as a small developer for us to maintain as much flexibility as possible to shift resources around as they are needed to keep projects from bogging down. But this of course has caused some conjecture on what our opinion of the platform might be, so we thought it might be a good time to lay bare what we are up to with Microsoft Flight Simulator.

We are “all in” with this new platform. We have reached the point where we are certain that we can get all of our product lines effectively into the simulator, and that process has begun in earnest. Currently we are working on the DC-6 and the 737 product lines, and Vin is building out the new flight deck for the 777. We fully expect to have the DC-6 and 737’s released this year, with a remote possibility of the 777 releasing as well by year end, and the 747 during first half of 2022.

For years, many of us in the development community have lamented the fact that we are developing cutting edge simulations of incredibly sophisticated airplanes, only to have them look like 1990s animations when they appear on the screen. That is no longer a reality for products that appear in Microsoft Flight Simulator. For better or worse, we finally have a simulation platform with a dynamic, living world, an incredible lighting model, magnificent atmospherics and a broad range of capabilities that will allow us to simulate our favorite airlines to a degree never before possible.”