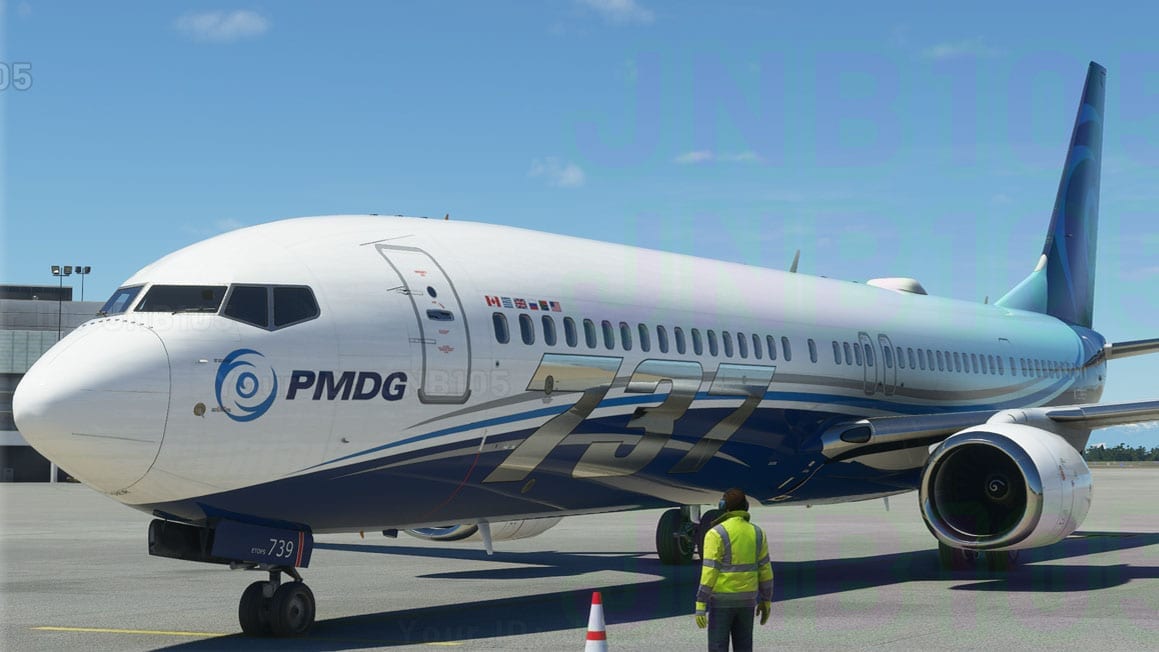 Today well-known third-party developer PMDG provided an update on its work to bring its advanced aircraft to Microsoft Flight Simulator.

If you’re not familiar with PMDG, the developer is known for some of the most complex and accomplished “study-level” airliners in the simulation scene, including the popular 737, 777, and 747.

The update was shared on the official forums by Robert Randazzo, who shared a promising outlook on progress and the road ahead, mentioning that the view that Microsoft Flight Simulator isn’t ready for PMDG’s products is outdated. He also explained that the guidance for the 737NG3, which previously was “very late 2021” is “a bit softer now.”

We also hear that the developer is completely overhauling its pipeline and models to fit the new technology and capabilities provided by MSFS.

“This week, with the flurry of excitement about the CRJ, we have gotten a bunch of folks asking “well, where is PMDG?”

We are at work converting our entire product lineup into MSFS. It is taking some time, primarily because we have to completely reinvent our development process. It isn’t simply a matter of adjusting a few lines of code and throwing a new model and texture exporter at the mix and calling it complete. We are building new development tools, shuffling around our entire development process, and turning our products upside down in order to make them as real and lustrous and lifelike as the new platform will allow. We aren’t simply porting products in, using the same models and textures and animations. We are completely re-imagining them in order to leverage every ounce of what the new MSFS engine will give us. This means all-new models, all new texturing, new sound recordings (which are expensive and time consuming to make) entirely new lighting capabilities, in some cases requiring entirely new photo-surveys and the rebuilding of source material in order to bring you cockpits that don’t look like we dragged an FSX cockpit across twenty years and stuffed it into a really nice rendering engine. We are bringing you incredible, new, feature-rich environments that really shine in the new MSFS platform.

For a while now I have been giving guidance on the release of PMDG 737NG3 as “very late 2021” and even hinted that it might drag into 1Q22. This guidance is a bit softer now- as we are really starting to see our work accelerate in MSFS. I’m going to hold off offering any projection right at this moment, as there are some things that have to happen before I become comfortable saying “yeah- we have cleared all of the hurdles.” We have hit our share of knee-knockers, worked through them with some help from our friends at Aerosoft and Asobo- among others- and I fully expect we will hit a few more before we are finished.

This is our first, full, jetliner product in the MSFS platform after all- so we don’t entirely know what to expect from beginning to end. But things are beginning to accelerate nicely.

On the topic of MSFS and PMDG:

I have been mostly-mis-quoted ten thousand times this week as having said something along the lines of “the MSFS SDK isn’t capable of supporting what we do” or “MSFS isn’t capable of supporting what we do.” I want to be very clear in stating that this new sim is highly dynamic and changing continually. What may have been true in June of 2020 is not necessarily true any longer. From the standpoint of development, we are not currently seeing any major limitations to prevent us from bringing our product catalog into MSFS.

To put that another way, quoting me as saying “MSFS isn’t ready for PMDG” is a bit like someone in 1971 using a 1959 quote of the NASA administrator saying “We don’t have the technology to land on the moon.” Sure- that was true at the time it was uttered- but no longer a factor.”

It’s worth mentioning that the screenshot at the top of the post is likely very outdated, being from August 2020. PMDG hasn’t provided new screenshots of its products in MSFS since.

In more Microsoft Flight Simulator news, we get to see three new screenshots of Moscow Sheremetyevo Alexander S. Pushkin International Airport (UUEE) by Drzewiecki Design, which as usual proves to be master of interior design.

Last, but not least, Stairport Sceneries shared a new asset for its upcoming Wasserkuppe Airfield.