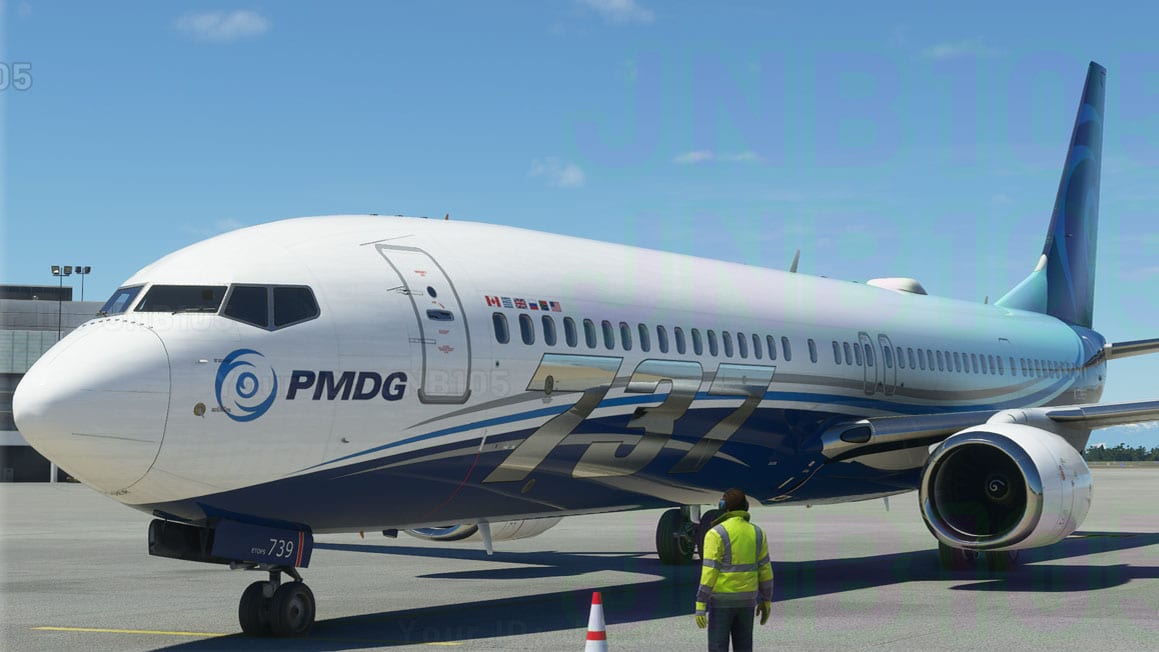 The highly-anticipated Microsoft Flight Simulator hasn’t taken off just yet, but third-party developers are already announcing the first add-ons.

Those unfamiliar with the Flight Sim community may not know that one of its main drivers are third-party add-ons, with hundreds of developers across the world working tirelessly to model new aircraft, airports, scenery, and tools with a level of precision and complexity that often surpasses that of the main games.

Over the past few days, several developers have announced specific add-ons for Microsoft Flight Simulator, or at least that they intend to wok on the title.

Below you can find a list of some of them. Thee are surely more, but the market is so big and diverse that it’s difficult to keep track of them all.

Each specific announcement will be linked in each section for you to read more details.

Many of the images are watermarked with nicknames, which is a “feature” of the beta. Of course, that lettering won’t be on the screen when the game launches.

PMDG announced that it’ll bring its 737, 747, 777, and DC6 to Microsoft Flight Simulator. The first will be the 737, which you can see in the screenshots below.

A more specific release timeline should come by the end of the summer.

DC Designs announced that its Grumman F-14A/D Tomcat package will be released for Microsoft Flight Simulator.

The images below are early in production and the developer is working on its Blender exporter, which means that many elements like transparent glass are absent.

Military Visualizations announced several aircraft for the game, including the T-50 Bobcat, the 737-200, the Cessna 310R, the Beechcraft Baron B-55, and the DHC-2 Beaver.

Gaya Simulations announced Vienna and Zell am See airports. Apparently, there is more coming, and it will be announced shortly.

A2A Simulations will bring its upcoming Aerostar 600, even if they don’t know how long the project will take for now. Below you can check out a work-in-progress 3D model (not in the game).

Aeroplane Heaven will work on the game but has not announced in which capacity yet.

Orbx will also bring its products to the sim, even if we don’t yet know which ones or when. Update: as this article was published, Orbx announced a ton of airports and scenery. You can read about them in our dedicated article.

Verticalsim promised to give development for the game a shot as well, hoping to bring all of its sceneries in the future. Sarasota-Bradenton International Airport (KSRQ) is already listed on the website.

TDM Scenery design ha also pledged to work on MSFS even if details are scarce for the moment.

MK-Studios plans to bring all of its addons to Microsoft Flight Simulator, but it’ll take some time.

Vidan Design also plans to develop scenery add-ons for the game, with no details provided for the moment.

Pacific Islands Simulation announced Cleveland Intl Airport (KCLE). Eventually, all of the developers add-ons will be ported over to MSFS.

Pilot Experience Sim will also work on the game, but they can’t provide an estimated timeframe for now. They’ll start working on the new sim after completing their current projects for Prepar3D.

Microsoft Flight Simulator launches on August 18 for Windows 10, with the Xbox One version lacking a release window for now.

The game is currently in closed beta.

If you’d like to see more, you can enjoy the trailer released at X019, alongside a gallery of screenshots, a second batch, a third, a fourth, a fifth, a sixth, a seventh, an eighth, a ninth, a tenth, an eleventh, a twelfth, a thirteenth, a video from a few months ago showing the world, one showcasing the advanced aerodynamics simulation, another about cockpits, one showing snow, one featuring advanced audio, one focusing on airports, one explaining the multiplayer, one focusing on IFR, one showcasing airports and aircraft, and one focusing on Blackshark.ai.