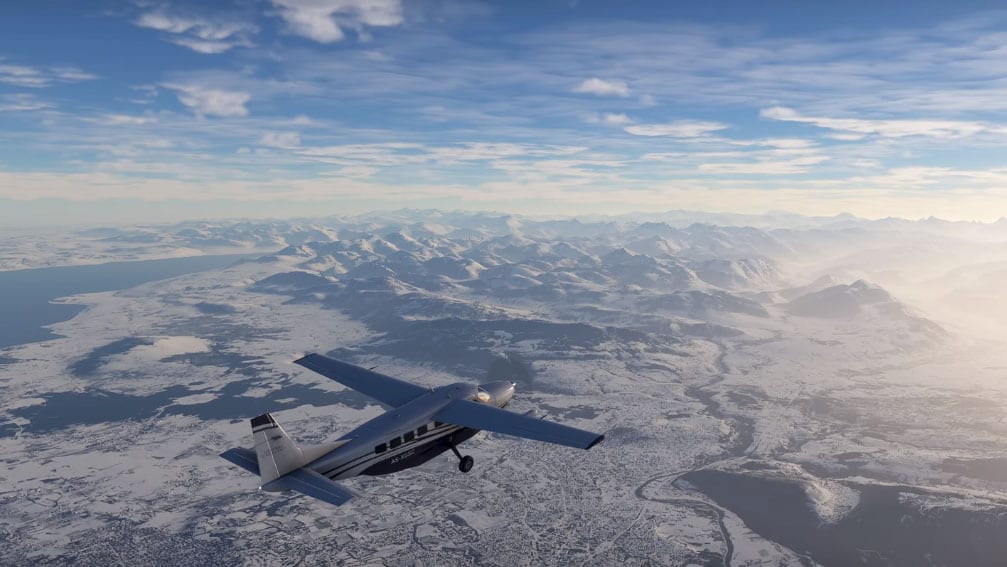 We may be at the tail end of the Holidays, but Microsoft and Asobo just released a trailer for their upcoming Flight Simulator that could be considered as the proverbial cherry on top of the cake.

The video showcases one of the most iconic winter elements, which is often missing from this kind of game, snow.

We see how it completely changes the look and feel of the landscape, covering everything with a lovely white coat.

Interesting, though, it doesn’t seem to be just a matter of painting everything white. While the video did not provide additional details, it seems that surfaces are covered by snow realistically, leaving dark gaps where it wouldn’t accumulate.

You can watch it below and let it impress you.

If you’d like to see more, you can enjoy the trailer released at X019, alongside a gallery of screenshots, a second batch, a third, a video from a few weeks ago showing the work that has been done to reproduce the world in fine detail, one showcasing the advanced aerodynamics simulation, and another about cockpits.