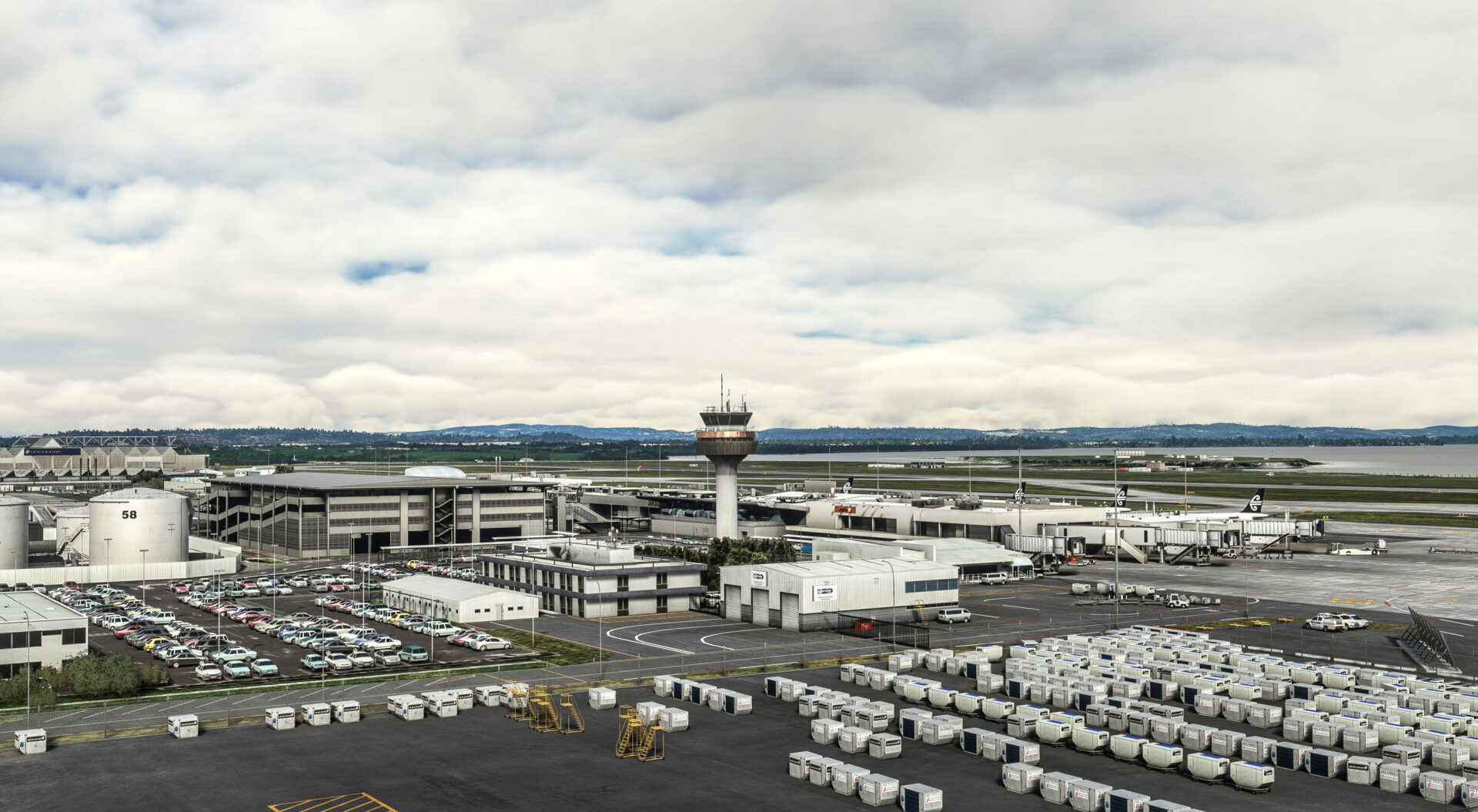 In addition to the big news from Microsoft, third-party developers also had more to share about new add-ons for Microsoft Flight Simulator.

We start with Flightbeam studio, which revealed another look at its Auckland Airport (NZAA) in New Zealand.

We also hear that the airport will enter beta testing this week and we get a rundown of some of the features we can expect.

We stay in New Zealand with NZA Simulations, which appears to have figured out how to make the VDGS guidance system for its upcoming Christchurch Airport (NZCH).

“NZA Simulations has been working on interactive features for NZCH – Christchurch. Here is a development preview of our in-house Visual Docking Guidance System (VDGS). More advanced NZA scenery features coming to you shortly!
PS. “Stop” is floating for testing purposes, it will be where the clock is.”

You can find it on the publisher’s own store for €14.30 including applicable VAT.

Below you can read what you can expect and watch a trailer.