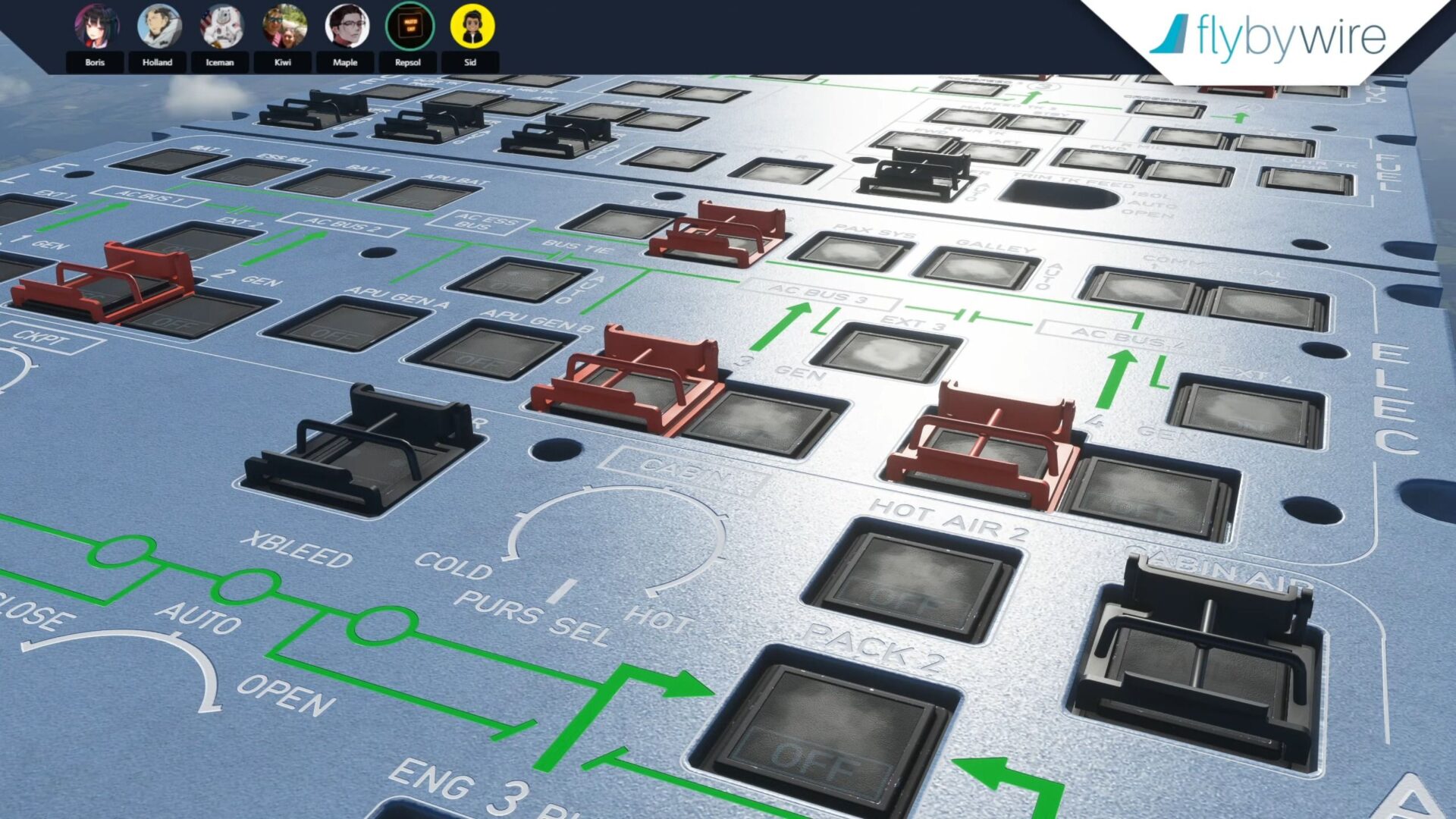 Today the developers at FlyByWire (which we interviewed a few months ago) hosted a livestream showcasing progress on its upcoming freeware Airbus A380 add-on for Microsoft Flight Simulator.

We get to see screenshots of the overhead panel and a render of the detailed landing gear.

We learn that the basic cockpit model is 90% done but it’s being optimized, so the developer estimate work on this aspect to be 60-70% complete. Texturing has just started. The external model has been slowed down by modelers (rightfully) dedicating time to real life.

Sample collection for the sounds have started. Some of the switches will use the same sounds as FlyByWire’s super-popular A320, since they’re made by the same manufacturers in the real aircrafts.

According to the developers, the project will become open source (like the A320) when modeling is complete.

The On-Board Airport Navigation System (OANS) and the Break-to-Vacate feature are possible from an avionics perspective, but the simulator doesn’t provide the required info about the taxiways at the moment. The developers are communicating with Asobo about this and hope to be able to implement the features in the future.

We also learn that there will be a modeled cabin and it’ll be included in the paint kit. Speaking of the cabin, passenger sounds like chatter and announcements will also be included.

Incidentally, FlyByWire would like to welcome other freeware aircraft on its installer, and they’re getting in contact with other developers.

Recently, we published our massive interview with head of Microsoft Flight Simulator Jorg Neumann, who provided a lot of new info about the present and future of the sim. A few weeks ago, we also received lots of new details about upcoming content including two new aircraft and a world update focused on Nordic countries.