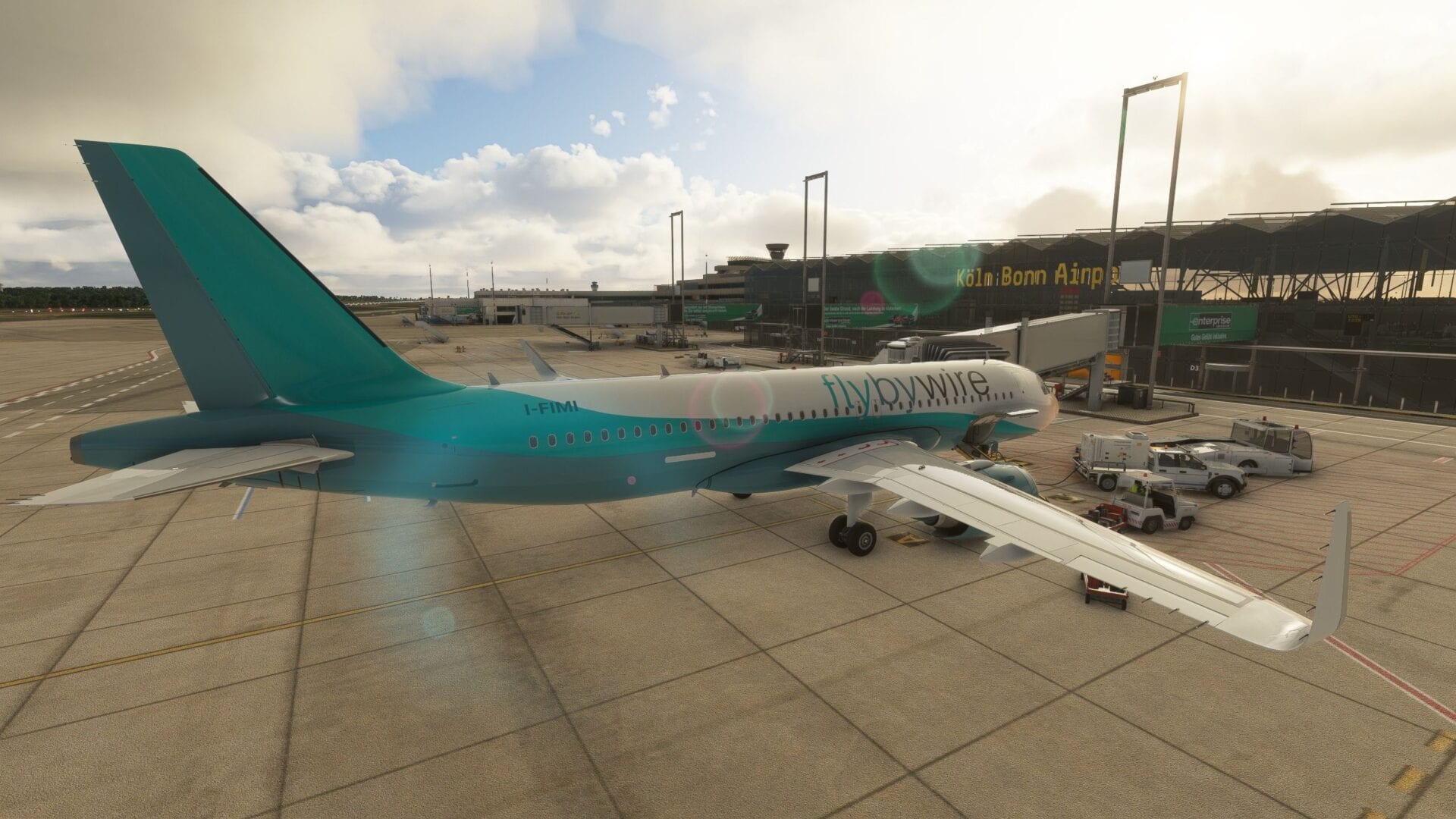 Microsoft Flight Simulator is a great platform, but its default aircraft are unsurprisingly built to be accessible rather than fully realistic.

Flying effectively a completely realistic airliner like the Airbus A320neo would require much more study and experience than in-game tutorials can easily provide, so it’s not surprising that in the default aircraft, many systems are inactive and inoperable in the name of accessibility. This is pretty much an industry standard for flight simulators.

Usually, flight simulator developers rely on third-party add-on developers to provide ultra-realistic (and rather pricey) aircraft geared to fulfill the needs of hardcore simulation enthusiasts, and Microsoft Flight Simulator is no exception.

Luckily, a group of modders dubbed “FlyByWire” founded by Will — also known as “Iceman” — have taken upon themselves the massive task of turning the default Airbus A320neo into a realistic aircraft capable of satisfying dedicated simmers, massively increasing the level of realism. This is how the “A32NX” Mod was born.

What’s even more impressive is that this is all done via a completely free open-source development model, providing users with a great aircraft to fly with no additional expense required.

This isn’t unique, with other groups working on other aircraft included in the base simulator by developer Asobo Studio, but FlyByWire has made extremely impressive progress over the few months since the simulator’s release.

To hear more about the project, we talked with Will himself, who provided insight on what simulation enthusiasts can expect in the future from FlyByWire.

Giuseppe: First of all, can you briefly describe the scope of the project to our readers who may not be familiar with it?

Will: The current goal of the project is to convert the default A320neo into something that could be considered “study level,” fairly accurate to the real plane. Basically, a complete overhaul of all systems, such as electrical, hydraulic, flight computers, autopilot, and so forth.

Giuseppe: What made you decide to take on the enormous task of turning an aircraft designed to be accessible into a complex airliner capable of satisfying simulation enthusiasts?

Will: I’m a huge Airbus fan, and after seeing the state of the default A320neo, and how easy it would be to mod planes in Microsoft Flight Simulator, I thought I would give it a shot. I had a few people helping out in the beginning, but the project grew bigger than I ever imagined.

Will: I believe it will soon be the dominant platform for all consumer flight simulation, given enough time. It’s just a matter of the SDK (Software Development Kit) maturing and third-party developers releasing more content.

Giuseppe: It’s quite impressive that the project, despite its complexity and the work going into it, is provided for free. Why did you go this route?

Will: I don’t think we really could have done this any way but free. We’re building off the default A320neo, which technically belongs to Microsoft, and with a free open-source model of development, we’re able to have dozens, if not hundreds, of people contribute to the project like we’ve been seeing.

Giuseppe: What are the most challenging aspects of the project?

Will: Trying to work around the current limitations of the simulator and SDK. A lot of the flight model parameters are undocumented and confusing, and there are technical limitations, such as no weather or terrain functions, no way to adjust ground friction, no way to set individual control surfaces, and so on. We hope that Asobo eventually gets to finishing the SDK so we can take full advantage of this great platform.

Giuseppe: What are your ambitions for the A320nx? At what point do you think you’ll be able to sit back, look at it and say “we’re done”?

Will: I’m not sure it will ever really be “done,” there will always be things to add or tweak, given how complex airliners are to simulate. I hope that by the time our 1.0 release rolls around, the majority of major systems will be implemented correctly – things like custom fly-by-wire, custom autopilot, and all of the electrical, hydraulic, and pneumatic systems.

Giuseppe: What are the next major improvements you’re planning for the A320?

Will: We’re making excellent progress on custom autopilot and autothrottle, so expect to see the first iteration of that relatively soon. We also have the EFB tablet (Electronic Flight Bag) nearing a stable state, and we know everyone’s excited for that and we can’t wait to have that fully integrated into the plane.

Giuseppe: A few weeks ago, the default A320 suffered from a major problem with the autopilot and you collaborated with Asobo to provide a fix in the mod. How did that happen?

Will: They reached out to us, noticed we had discovered an issue with the autopilot, and we shared our bug reports with them. They confirmed it on their end and provided us with a temporary fix which we put in our mod and published later that day.

Giuseppe: In general, what’s the interaction like between your team and the Microsoft Flight Simulator developers at Asobo?

Will: A bit slow at times, but definitely there. It’s refreshing to see both Microsoft and Asobo reach out to and support freeware developers and modders.

Giuseppe: Your team recently announced a fully new A380. What can you share about that project and what made you decide to tackle the creation of an aircraft from scratch?

Will: It’s definitely an extremely ambitious project by us, but we started it, in part, because it would be a significant challenge that would test our abilities.

Up to now, there hasn’t been a good A380 for any simulator, and we hope to finally change that. Even though the A380 is slowly being phased out, it’s an iconic aircraft we may never see the likes of again, and I believe it deserves a good sim recreation.

We’re currently deep into modeling and research right now and hope to have some more exciting updates throughout the year.

If you want to download the FlyByWire A320NX and challenge yourself with an aircraft that is already much more realistic than the default one and consistently growing, you can download the installer here.

If you want to be part of the FlyByWire community, you can join the dedicated Discord server. It’s also a great starting point to find help if the complexity of the mod intimidates you.

If you want to learn more about the Microsoft Flight Simulator, you can read our review that will tell you everything you need to know about Asobo Studio’s game.