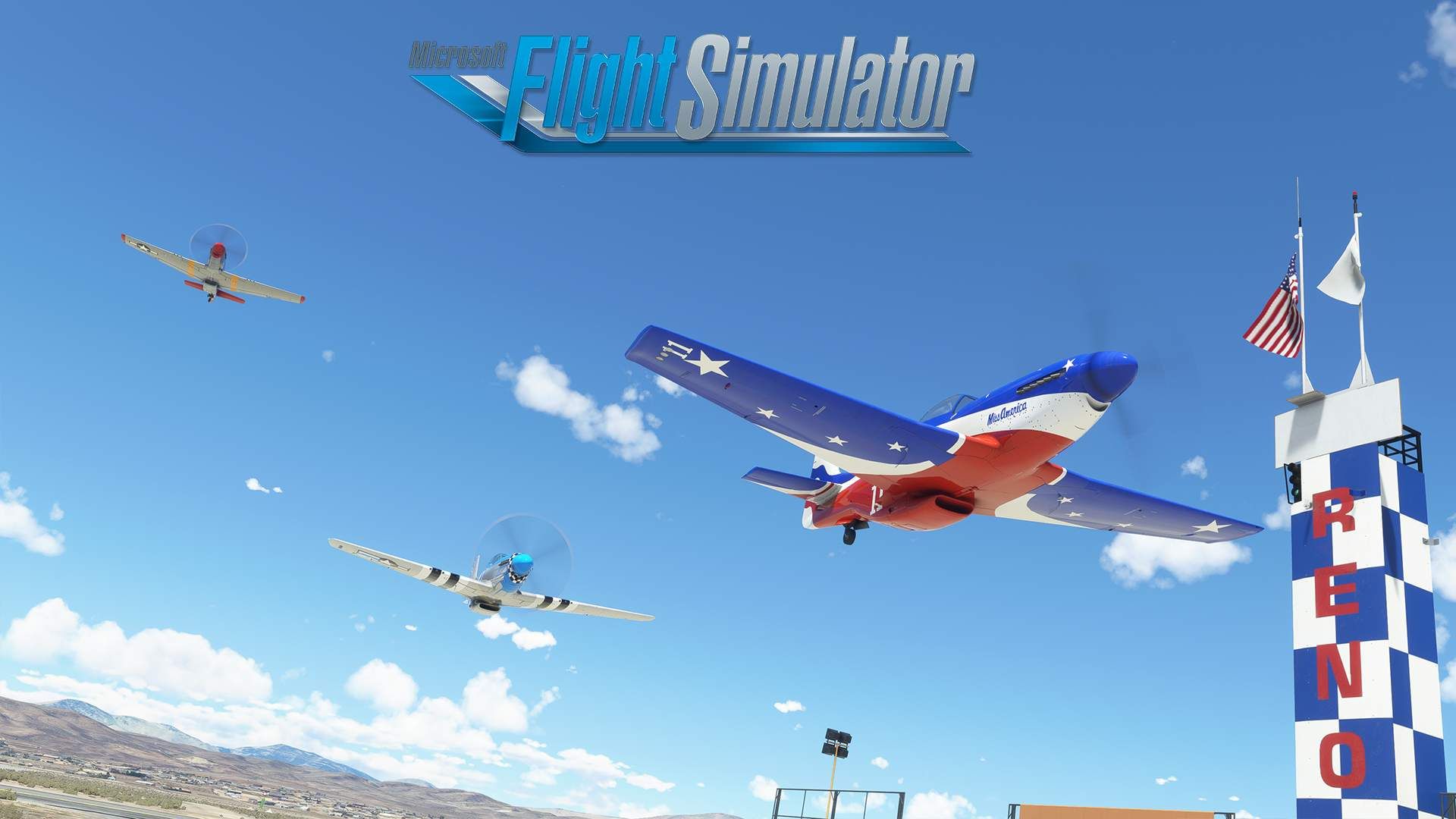 Part of the details shared today goes deeper into the Game of the Year Edition announced yesterday, alongside the Reno Air Races expansion.

We learn that the Pilatus PC6 Porter that will be included in the GOTY Edition has a few different variations including steam gauge and glass cockpit, wheels, skis, and floats versions.

Below you can see (small) pictures of most of the airports included in the GOTY Edition, four of which will be made by FlightSim Studio. Two will be made by Gaya, including Zurich.

The top speed of the F/A-18 is Mach 1.6 and it includes the fly-by-wire system with two modes. It even comes with the sonic boom. According to Wlock, the flight model is very realistic. The afterburner is modeled with correct effects, thrust, and fuel consumption. The features added for the Hornet will also benefit third-party developers.

DirectX 12 support will be optional at the beginning. You’ll be able to select DX11 (which will be the default option) or DX12 in the options.

Speaking of the weather improvements, the system will use much fresher data for the prediction model, and METAR data will be blended into it.

Moving on to the Reno Air Races expansion, some third-party developers worked on its aircraft including BlueMesh, Orbx, and A2A.

Below you can see a video showing off the expansion, including scenery for Reno-Stead Airport (KRTS). Interestingly, the real commentators will be included.

We also get to see the menus, including the explanations of the rules and a summary of how it all works. The video also shows quite a bit of gameplay. Up to 8 players can participate in each race.

A lot of effort has been put into improving the smoothness and precision of positioning in multiplayer, which will also affect the rest of the game. G-LOC effects (both blackout and redouts) will be added as well.

Xbox Live Gold won’t be needed to play in multiplayer on the PC version, while it’ll be required on Xbox.

As you already know, if you want the whole package with all 40 aircraft, it’ll cost $59,99, while a base package with four aircraft will be priced at $19.99. The full lineup can be seen below.

All the aircraft can, of course, be flown normally outside of the races. During races, the performance of all aircraft is normalized to the best aircraft in the lineup for balancing reasons. When flying outside of races, each aircraft will have its unique performance reproducing the real one.

The mode is 100% online multiplayer, and there is no single-player or AI-piloted aircraft. Private lobbies will come after release, hopefully by the end of the year. A spectator mode is also a possibility for the future.

Moving on to the simulator in general, flexible surfaces will have their simulation improved (including propellers and wings), which is required to simulate helicopters. The improvements made for helicopters will also help improving aircraft.

Chinese localization will be completed in January and should be released around February. The South Korean localization is also in the works.

The team is working on Italy and it’ll come within a World Update at some point in the future.

Dedeine mentioned that the developers are working on the depiction of visibility as it’s very important. Improvements are on the way.

A new development partner has been introduced, and it’s AT Simulations, which showcased the upcoming Antonov An-2. It’ll now be published by Microsoft and you can see it in action below.

The An-2 will kick off the new “Famous Flyers” series of payware aircraft. They will come together with Sim Updates.

It’ll be released “soon” (for sure this year) and it’ll be priced at $15. It’ll include several versions like classic cockpit, modern, skis, floats, and more.

Incidentally, Microsoft is working on starting to deliver manuals with the aircraft they sell (including the Ju-52 that has already been released).

Below you can check out the new feedback snapshot.