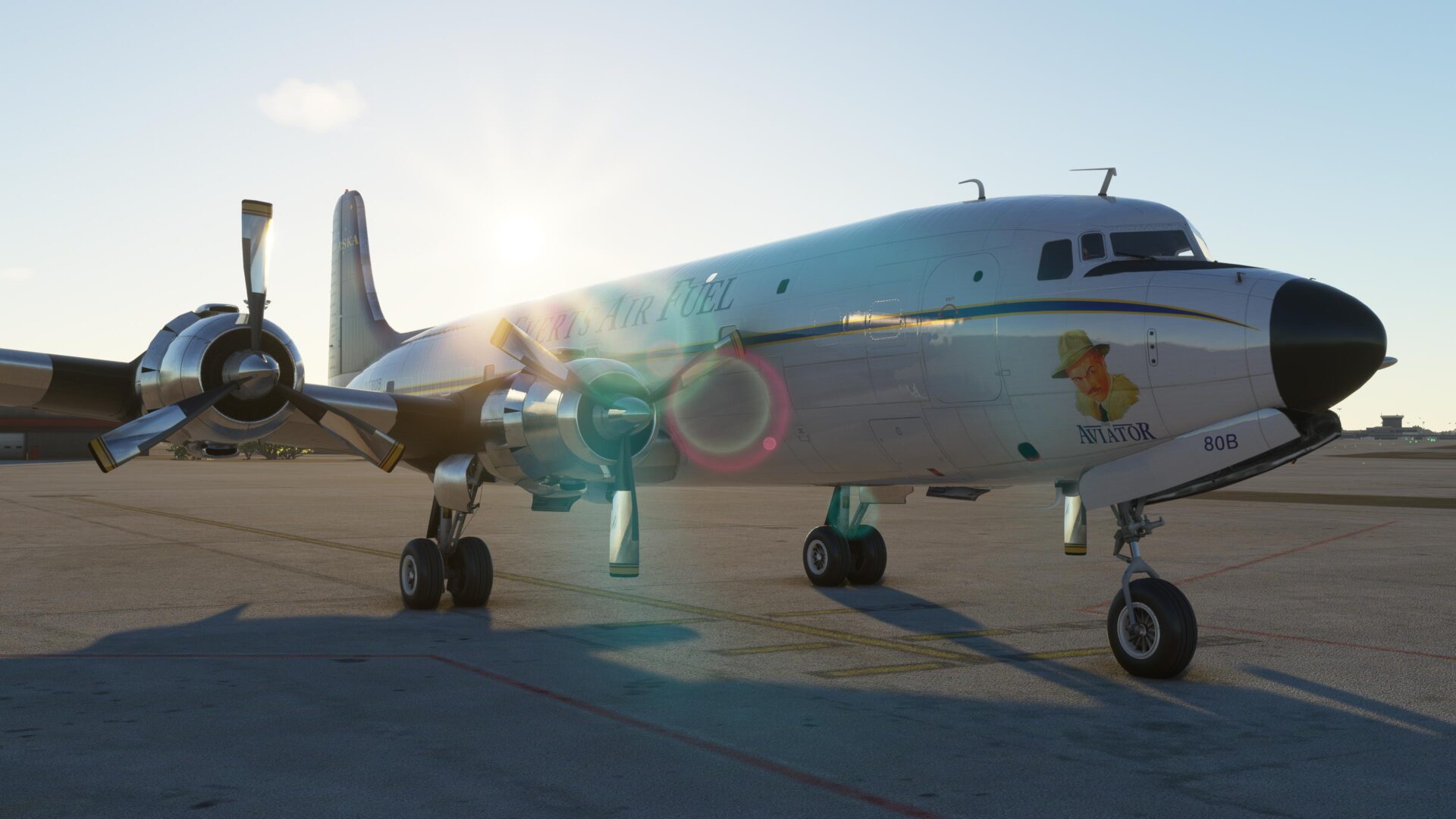 Acclaimed third-party developer PMDG is preparing to release the Douglas DC-6 for Microsoft Flight Simulator, and today we get to see more screenshots and a video.

The video features PMDG founder Robert Randazzo as he teaches us how to land this beautiful vintage airliner. The technique is certainly very different compared to modern jets.

We also get to take a look at the iconic livery of Alaska-based Everts Air, which is the last airline operating scheduled DC-6 flights in the United States. Those were posted on PMDG’s official forum by cavaricooper.

The aircraft releases tomorrow, but pricing details are still unknown.

You can enjoy them all below.