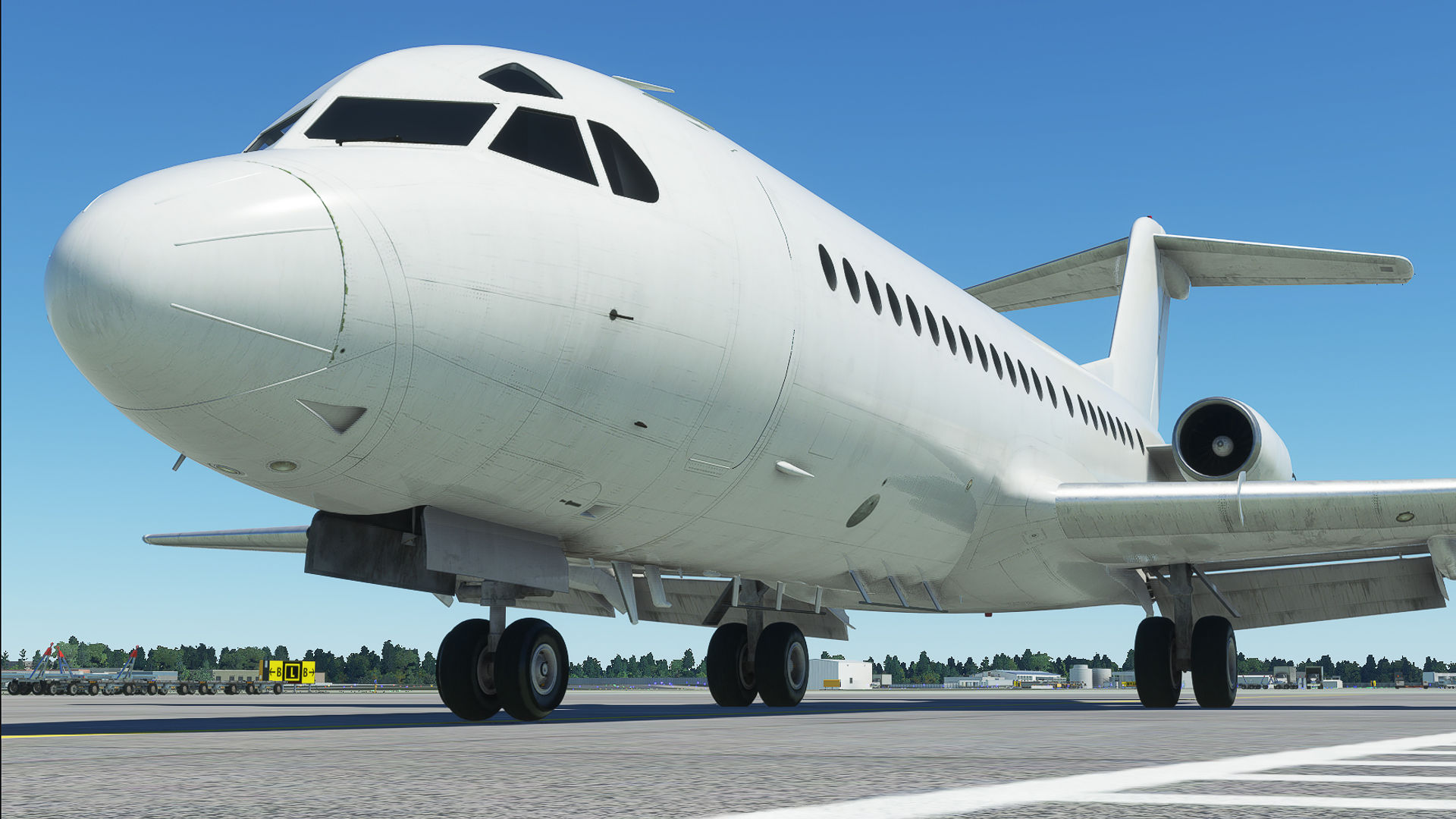 Below you can read how the developer describes the project and see quite a few screenshots.

The F28 for Microsoft Flight Simulator features a native model and 4096 x 4096 PBR materials for the highest possible texture detail and clarity. Realistic animations include dynamic wing-flex, all passenger, service and cargo doors, and the distinctive spoilers and tail-mounted airbrake.

Moving to the cockpit, the Captain, Co-Pilot and jump-seat positions are modeled with nearly all switches, knobs and levers animated and functional. The aircraft will feature custom-coded autopilot, hydraulic, electrical, engine bleed, fuel and pressurisation systems. Wear and tear based on extensive reference photos and custom sounds will produce an authentic cockpit environment, with highly realistic flight dynamics completing the immersive experience.

Development work is now well underway on the F28 Fokker Fellowship and we’re glad to be able to showcase this first set of screenshots for you. These are WIP of course but nice to see this new regional jet inside the sim.”

The next announcement comes from Onfinal Studio, which showcased the first screenshots Brač Airport in Croatia (LDSB).

It’s a small island airport that gets limited airliner traffic and a lot of charter carrying holidaymakers.

The actual official release on other stores like ORBX, SimMarket, and more will come later this week.

For now only the terraforming and lighting of the runway has been completed, and the buildings are still missing. Yet, it’s promising.