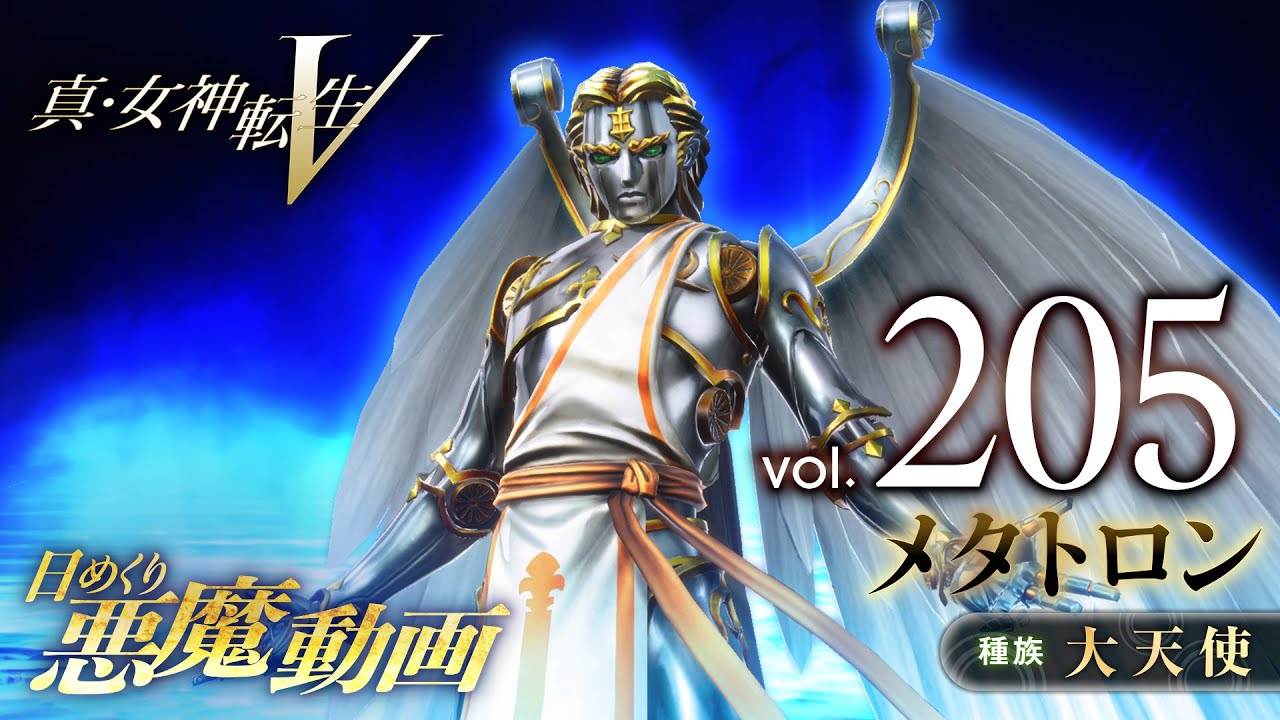 Atlus is in the home stretch of its massive series of trailers showcasing the over 200+ demons of its upcoming JRPG Shin Megami Tensei V.

This time around we get to see Metatron in action. Inspired by the class of angels in Abrahamic mythology, he debuted (like most Angels) in the series with Shin Megami Tensei II in 1994.