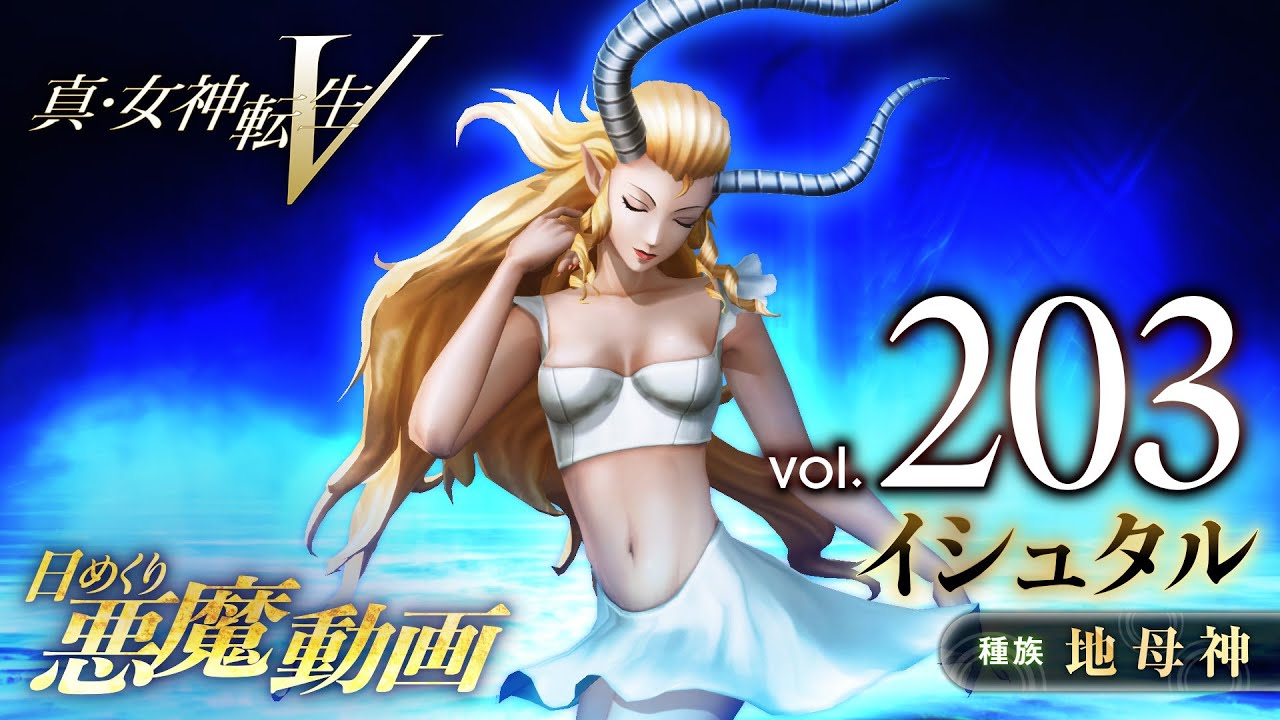 This time around, the trailer focuses on Ishtar. Inspired by the goddess of love, fertility, and war of Mesopotamian mythology, she debuted in the series with Shin Megami Tensei II in 1994.