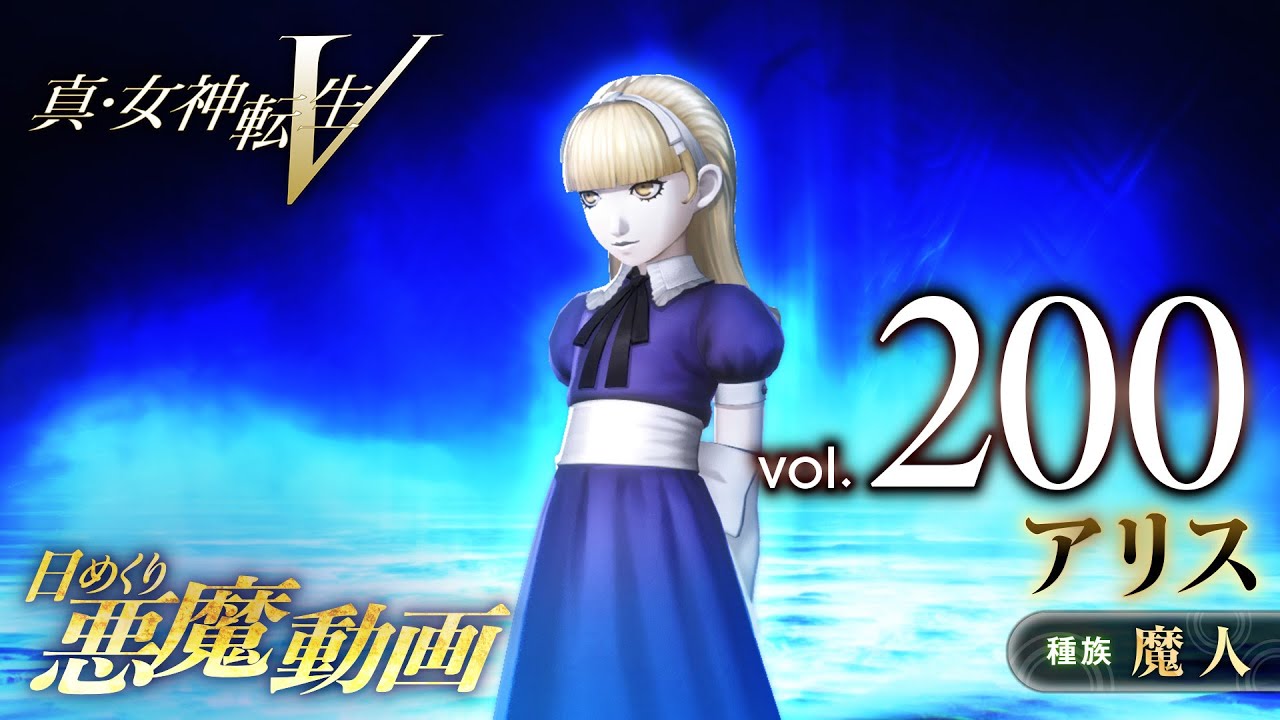 Atlus released another of its trailers showcasing one of the over 200 demons of its upcoming JRPG Shin Megami Tensei V.

This is actually a special one because it’s the 200th. If a few months ago someone told me I’d be reporting about over 200 trailers at the pace of one and then two a day (without even counting the additional videos not related to demons) I’d have thought you were pulling my leg. And yet, here we are.

This time around we get to see the gameplay of Alice, apparently inspired by the character created by Lewis Carroll. She debuted in the series with Shin Megami Tensei in 1992.