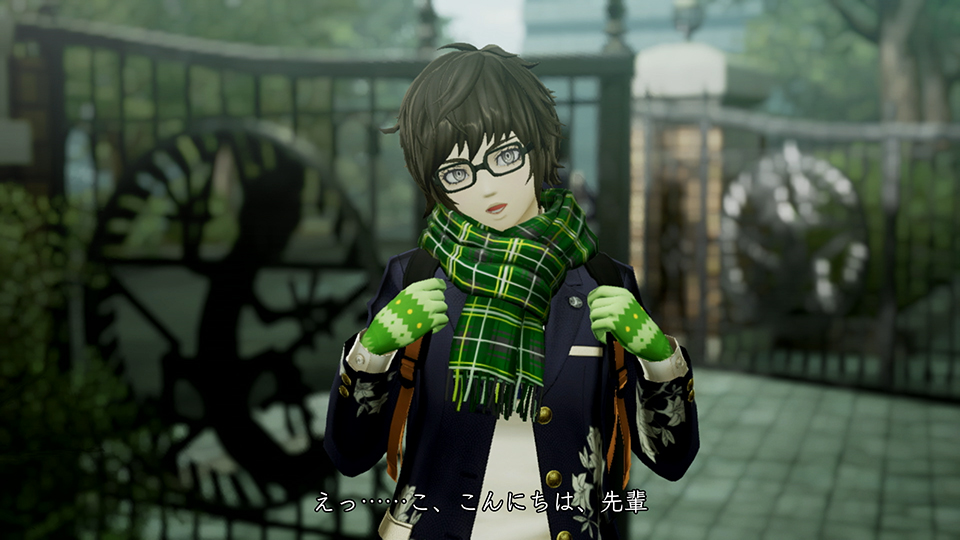 First of all, we take another look at the members of Bethel, an organization created to fight against the demons with the demons summoning program.

They are Tao Isonokami, Yuzuru Atsuta, Miyazu Atsuta, Ichiro Dazai,, and Hayao Koshimizu. More screenshots showcase the turn-based battles that are the focus of the game, and we also get to see the Magatsushi skills.

During battles, a dedicated gauge fills up depending on your actions. When it’s completely full, you can use the Magatsushi Skills that have a variety of effects including attack, support, and recovery.

Another element is skill aptitudes for demons. Demons are strong at some skills and weak at others. Those they’re good at are marked by a “+”, making them more powerful. However, if they inherit a skill they’re not suitable for, those will be marked with a “-” and their power will be weakened.

If you want to see more, you can enjoy two trailers showing characters and combat features, the story trailer, an earlier promotional video, another trailer from the latest Nintendo Direct, plenty of gameplay showcased afterward, even more gameplay, and the previous screenshots.