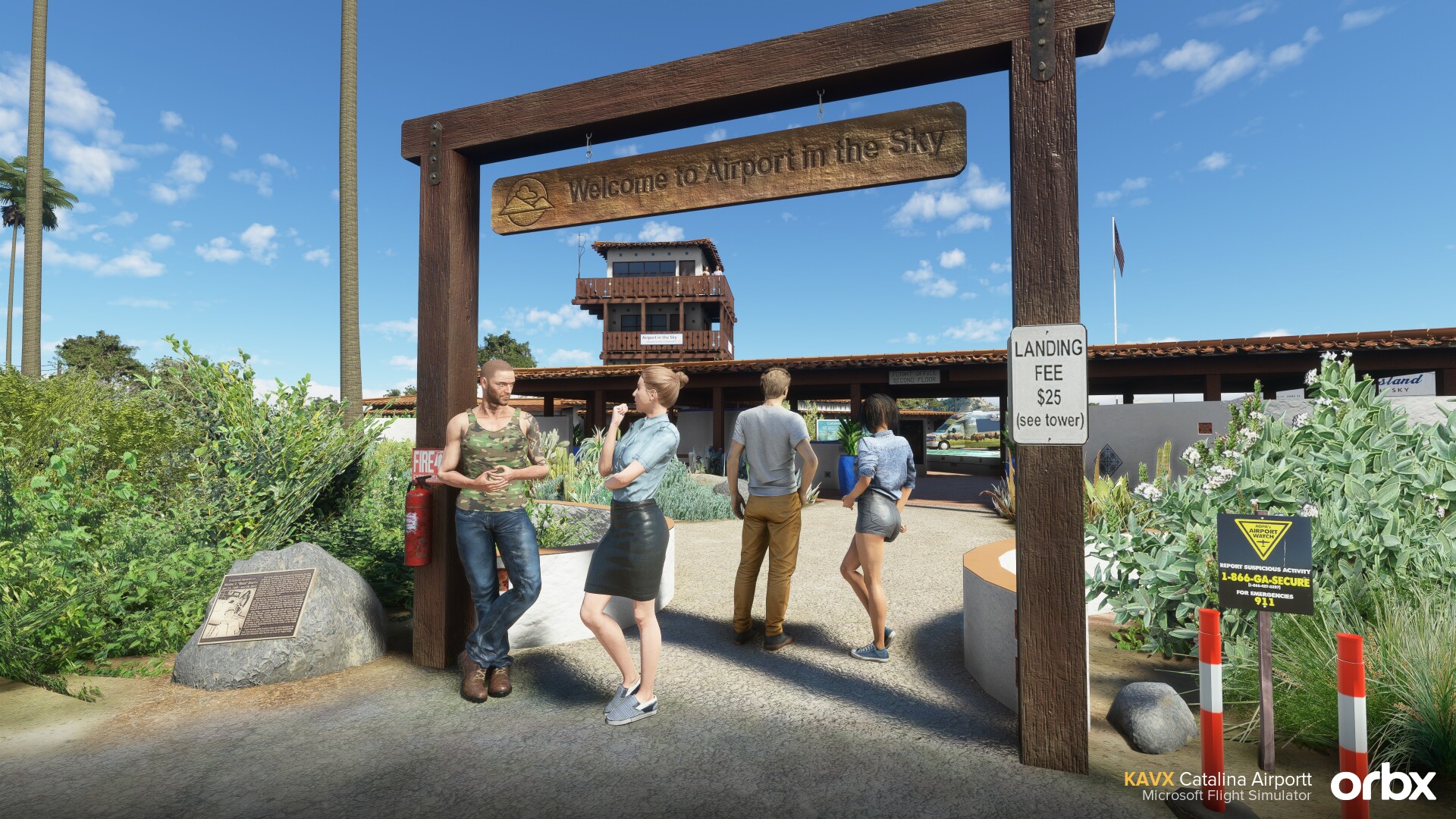 Known as “the airport in the sky” due to its location on the top of Catalina Island, it’s an extremely scenic destination for general aviation flights.

Here’s how Orbx describes the package, which also details several landmarks on the island.

“From veteran developers, Tim Harris and Ken Hall, we are pleased to announce that “The Airport in the Sky” KAVX Catalina is close to release for Microsoft Flight Simulator!

The airport originally opened as Buffalo Springs Airport in the spring of 1941. It was built by the Wrigley family of Chicago, who owned most of the island under the Santa Catalina Island Company, by leveling off the top of a hill. Prior to this, only seaplanes landed at Hamilton Cove Seaplane Base, just north of Avalon. The Wrigley’s kept a DC-3 in the large hangar there.

Originally released for ESP platform, Tim and Ken have started afresh with this version with almost all of the buildings redone with Microsoft Flight Simulator in mind. This includes having texture resolutions being increased as well as adding realism with PBR. Also debuting is the unique 3D people models that provide a fresh new look to airport as well as tell a story.

Beyond the airport you will the historic seaside destination Avalon Bay which is situated on the southeast of the island. Here you will find many landmarks such as the pier, yacht club and casino.

For those looking for a bit of adventure, Catalina is a must have!”

Below you can check out a gallery of screenshots.