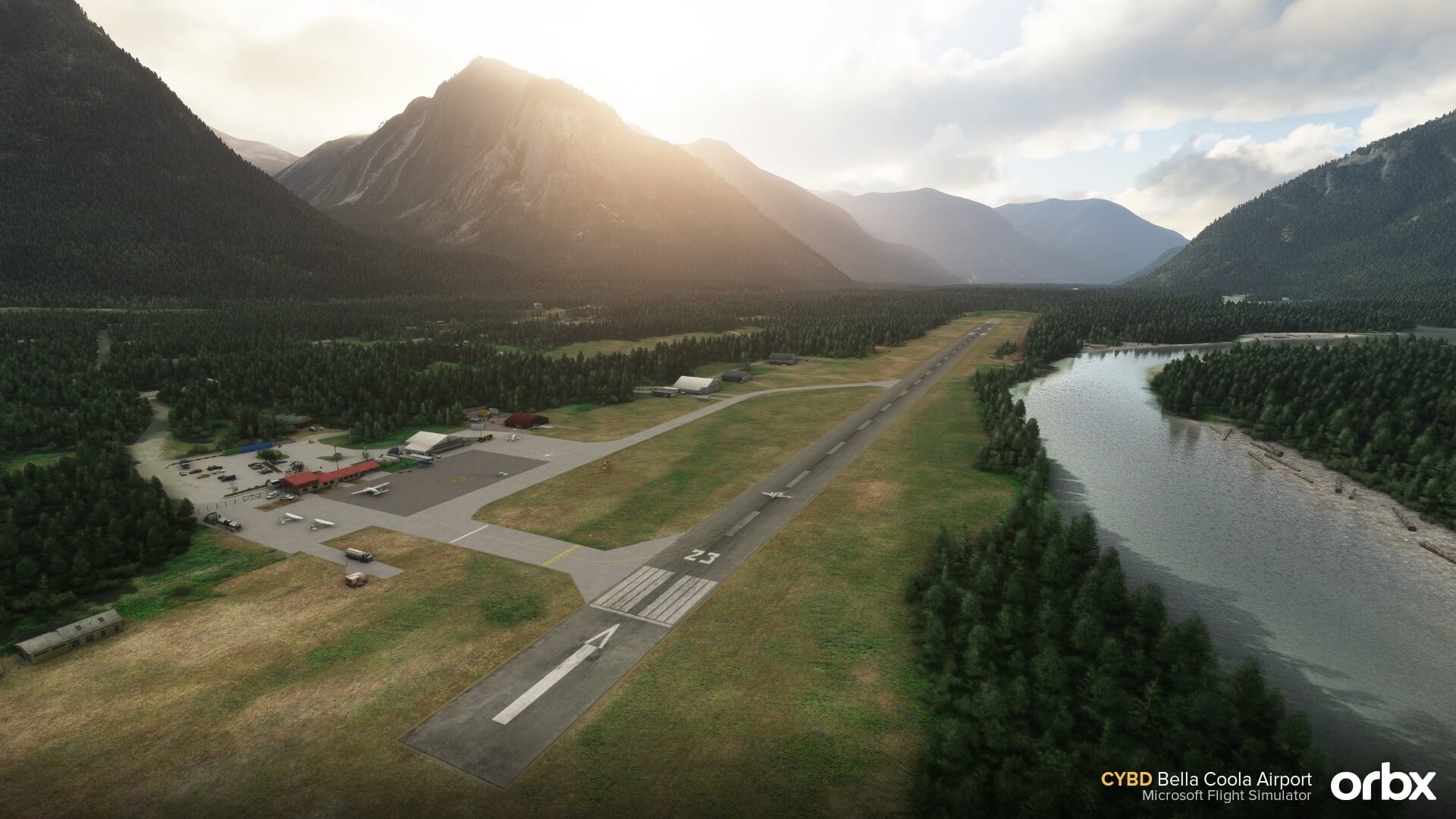 Third-party developers have once again graced Microsoft Flight Simulator with new scenery announcements, releases, and sneak peeks from all over the world.

Starting with the announcements, Orbx has announced Bella Coola (CYBD) in British Columbia, Canada, including both the airport and its surroundings and coming “soon.”

You can check out a gallery of screenshots and a features list below.

Incidentally, as part of its partnership with Orbx, AUScene has released version 2.0 of its Southport Airport (YSPT) in Australia on Orbx Direct. It’s priced at $12.39 and existing customers (of course) get it for free.

You can watch a video below and purchase it on SimMarket for $12 plus applicable VAT.

It can be purchased on Simmarket for $13 plus applicable VAT and you can take a look at what it offers below.

Last, but not least, we get another sneak peek from the yet unnamed (at least to my knowledge) group working on Hangzhou Xiaoshan International Airport (ZSHC) in China.