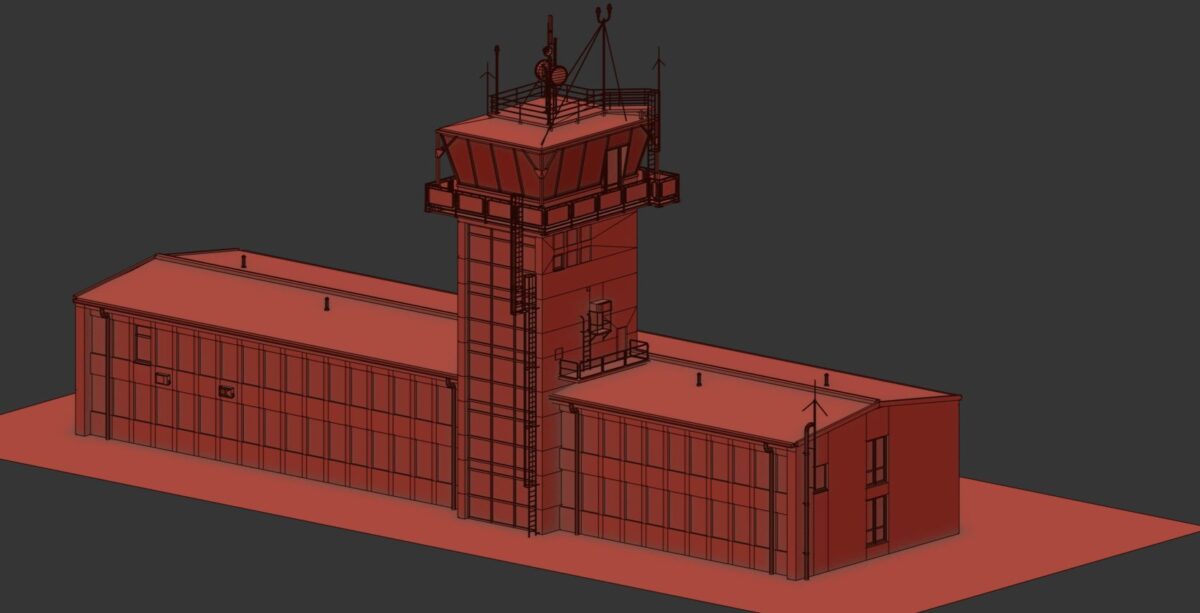 First of all, we learn that Memmingen Airport (EDJA) is in development and will be released for free. You can see an untextured version of the tower’s model above. The developer promises a “top-quality” rendition of the full airport.

We also get a development update on previously-announced airports.

LSZH (Zurich)- development going very well and you can expect 2021 quality level and detail. No ETA yet but we things are already inside the simulator and it’s looking really good.

EDDM (Munich) – In full throttle! I can say much of the art work have been done already and we preparing to make first test the next 2 weeks. Right afterwards we will start alpha testing, beta and hopefully to have it done not so long from now. Like Zurich- forget anything you know before about quality, level of details and immersion when speaking about EDDM.

EGSS (London Stansted) – coming next after those 2 big hubs! more info at the next post!