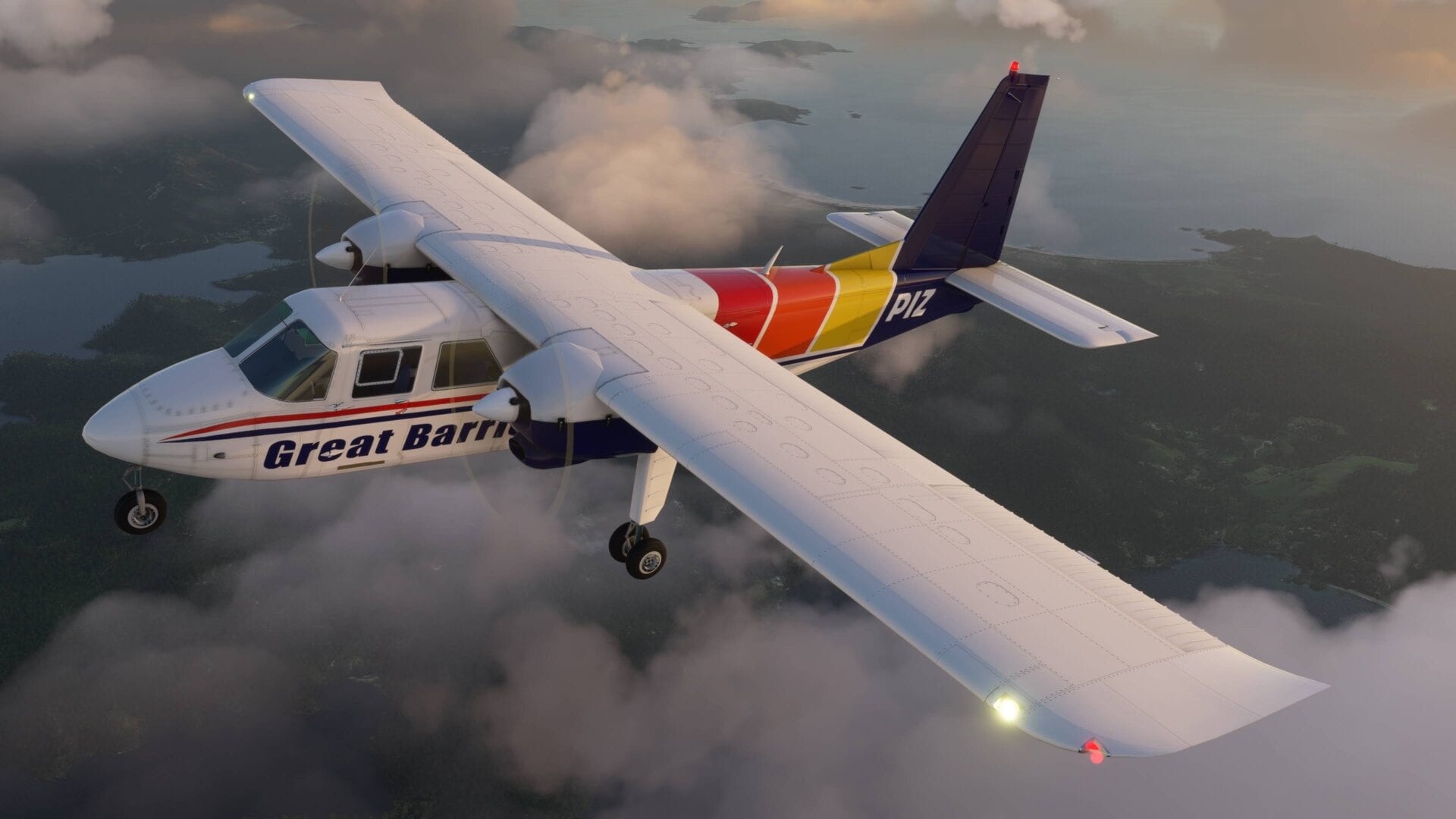 It’s the Britten-Norman BN-2 Islander. This British-made light airliner is appropriately named as it’s operated in many parts of the world to perform island-hopping flights and short routes.

The announcement came with a few screenshots showing the model and a few liveries with the mention that it’ll come “soon” and more details will follow.