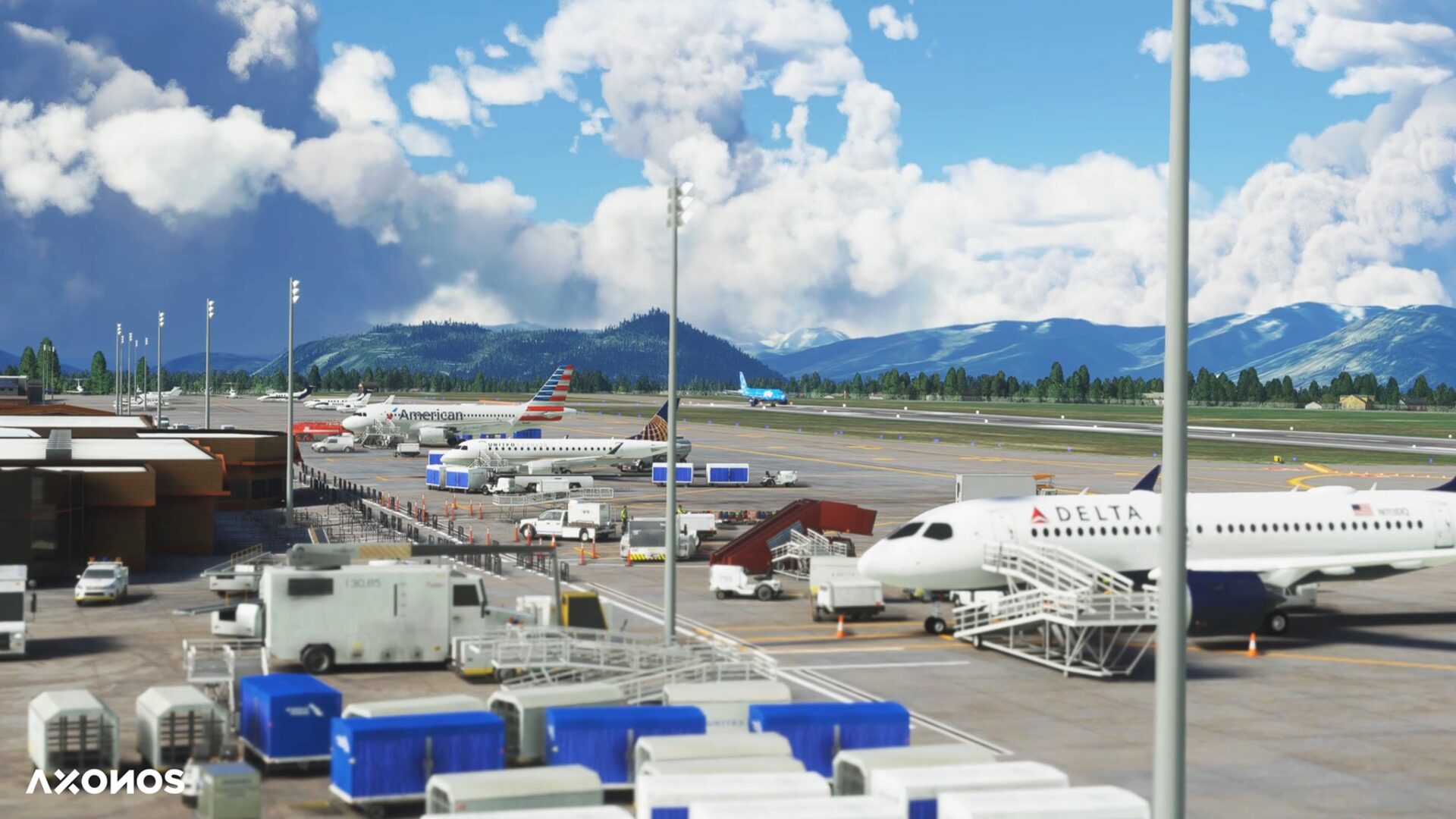 First of all, we learn from Axonos that Jackson Hole Airport (KJAC) releases tomorrow at 08:00 AM UTC.

Being the only commercial airport in the United States located within a national park, it’s certainly going to be home to scenic approaches.

You can find a few pictures below to wet your appetite.

Next is a single new image from Gaffer Simulations, showing off the work-in-progress tower of O.R. Tambo International Airport (FAOR) in South Africa.

Last, but not least, AUScene released new images of Ballina Byron Gateway Airport (YBNA) in Australia, which will be released in August.