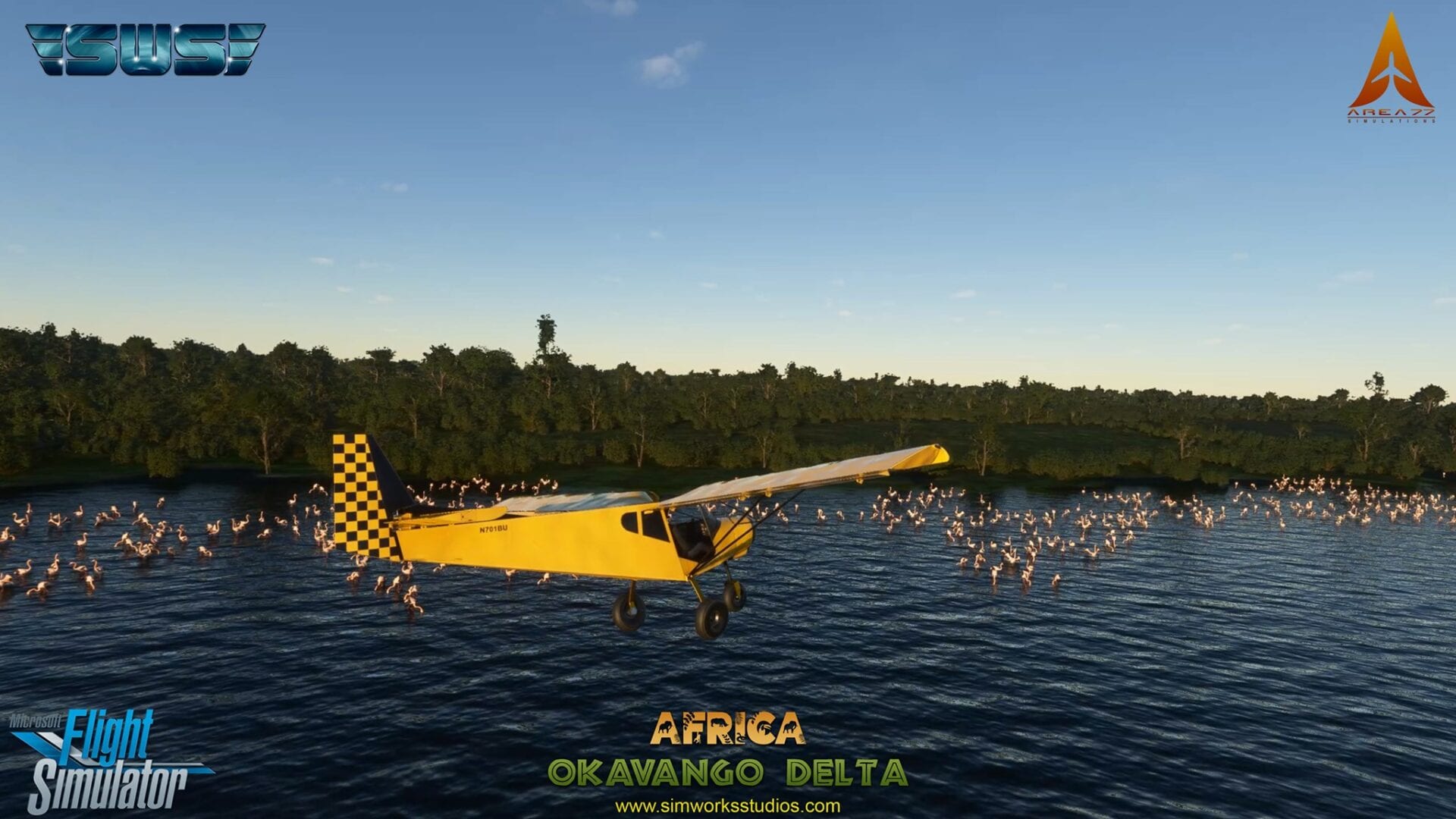 Today Another relevant scenery add-on for Microsoft Flight Simulator has been released, while more have been teased, from Africa to Japan.

Firstly, let’s go to Africa with Okavango Delta by SimWorks Studios and Área77 Simulations. It has been released and it’s now available on SimWorks’ own store for €22.99.

This is quite different from the usual scenery, focusing on exploration and adventure as you can fly around the beautiful and expansive Okavango Delta area in Botswana, Africa.

Created in cooperation with Area77 Simulations, we are proud to present Okavango Delta!

Visit one of the planet’s most diverse and untouched natural habitats! A prime safari destination and a bush pilot’s dream, the Okavango delta has been created in exquisite detail with the intent of offering sim pilots and virtual tourists an experience like no other!

Created from the ground up using the best techniques available in Microsoft Flight Simulator, the SWS Okavango delta is not just a scenery, but an experience like no other! Whether flying, droning or driving, there is always something to see as the Okavango wetlands are teeming with animals, tourists and safari camps.

Next, we go to Japan with an interesting tease. Metropolitan Airport Development Brothers, who recently launched the excellent Chofu airport. Today they tweeted about a trip to scout the two locations which will included in their next add-on.

The first is fairly easy to guess due to the recognizable hangars, while the second is a bit more obscure. They’re Ryugasaki Airfield and Otone Airfield in Ibaraki Prefecture, Japan.

Ryugasaki Airfield is a small airport near the city with the same name. While it doesn’t host scheduled flights, it’s the headquarters of New Central Airservice, a commuter airline that operates six Dornier 228-212 from Chofu.

Otone airfield is a scenic strip in Kawachi, located by the Tone river right at the border with Chiba Prefecture. It’s mainly used for gliders and light general aviation.

Both airfields are very close to each other, which is why they will be included in a single add-on. They’re also located in close proximity to Tokyo Narita International Airport, which adds an interesting element to their airspace.