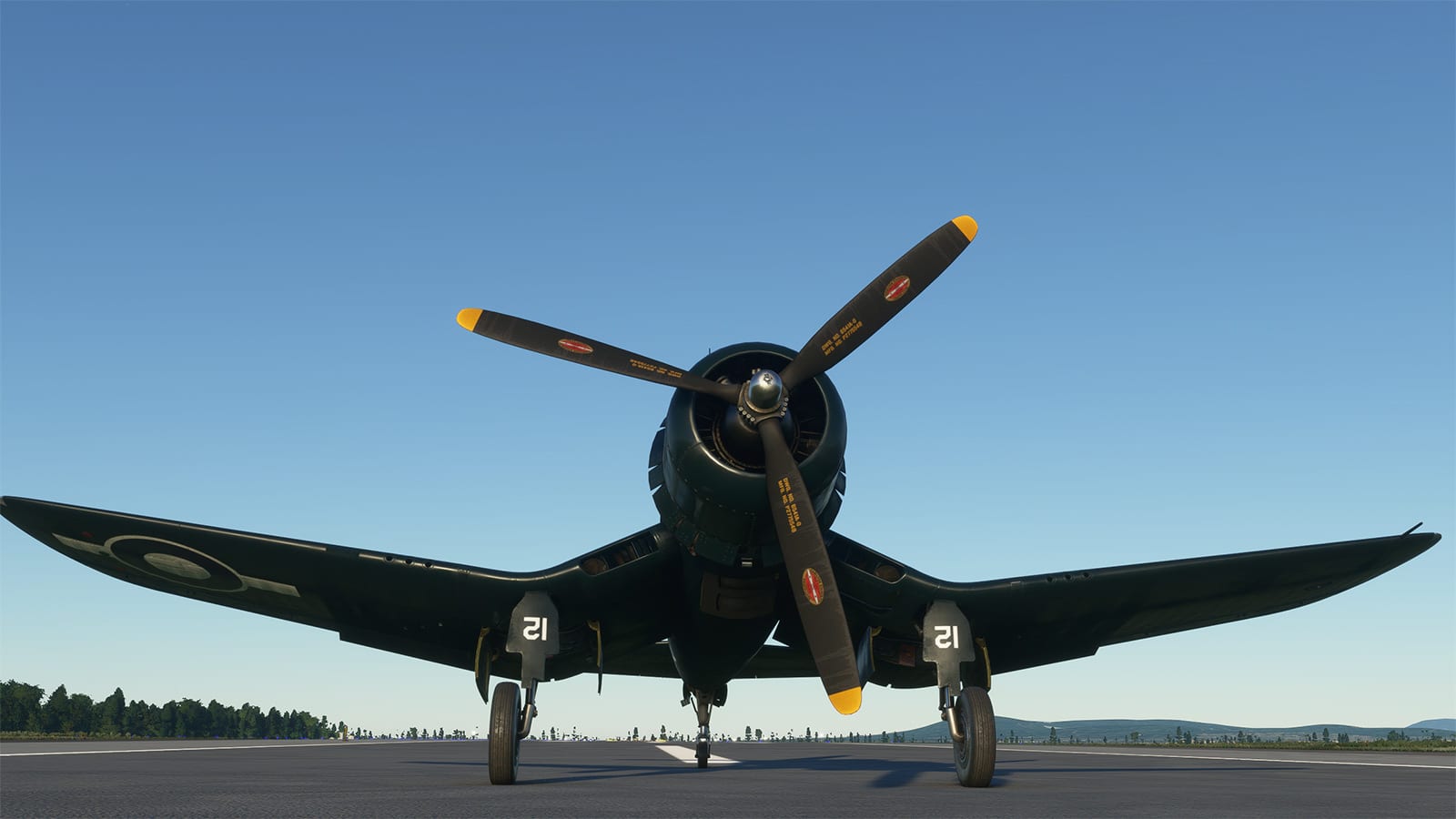 The aircraft is available at the developer’s own store for $39.99, bringing another popular and distinctive World War II fighter into the Microsoft Flight Simulator lineup.

If you want to see what the warbird looks like, you can check out a gallery below, alongside an official description from the developer.

“One of the most iconic aircraft from the Pacific theatre of WWII, the Corsair was also arguably one of the best performing. Deployed primarily with the US Marines, the aircraft achieved a staggering 2,140 air combat victories against 189 aerial losses – an overall kill ratio of 11:1. The Corsair also carried over 70% of the total bombs dropped by US fighter aircraft during that conflict, flying just over 64,000 sorties combined.

It’s really no surprise that such feats required an exceptional aircraft, which the Corsair indeed was. Powered by the 2000 hp R-2800 Double Wasp coupled to a huge three blade propeller that measured 13 feet and 4 inches, the aircraft was a fair bit faster than the F6F Hellcat and only slightly slower than the P-47 Thunderbolt, with the difference more than acceptable considering that top speed on the P-47 was reached at an altitude of 30,000 feet, while the supercharged Corsair reached it’s maximum speed at 19,900 feet!

Our Corsair is loosely based on a FG-1D that was produced too late for active service in WWII; BuNo. 92132 spent it’s naval career in the Reserves before it was retired in 1957. Brought back to life in the 70’s for a brief stint in the television show Baa Baa Black Sheep (later syndicated as Black Sheep Squadron), this particular aircraft then languished again for a few decades before being acquired by the Tri-State Warbird Museum in Batavia, Ohio, where it is now being lovingly restored to original condition.

A Detailed Simulation
From the moment you choose one of the 21 provided HD liveries and settle into the cockpit of the MilViz FG-1D Corsair, you’ll recognise this aircraft is a step above. From the exquisitely detailed textures and precise 3D modelling inside and out, to the custom 3D gauges that allow you a window into the behaviour of the Corsair, every detail has been brought to life with the intent to maximise realism and immersion. Under the long nose, the manually supercharged R-2800 Double Wasp rumbles to life, ready to leap into the sky at your command. The flight control and handling is designed to closely replicate the experience of flying the real aircraft; you’ll have your hands full taming the amazing amount of torque and power this aircraft is capable of producing.

Also, fully under your control are a variety of simulated systems: A realistically modelled engine with water injection, detailed fuel system, detailed electrical system, closely simulated start-up and shut down procedures, undercarriage dive braking using the main wheels in a trailing position, and detailed avionics.
In this release the function of the supercharger is automated ‘behind-the-scenes’; the lever is animated but is purely for show.

Don’t tell me, show me.
Interactive checklists provide guidance on all procedures. Levels of help range from a camera view that moves around the cocxkpit focussing on each step, (with the control in question shown highlighted), to full-on automation of the entire procedure. It’s a great way to learn the aeroplane!

Superior Flight Dynamics
Replicating the complex flight dynamics on such a powerful and high performance aircraft such as the Corsair is no easy task. However, our FDE expert has employed every bit of their considerable knowledge, to arrive at an aircraft that compares closely to the real thing – an aircraft whose bad behaviour earned it the nickname the ‘Ensign Eliminator’.

The MilViz FG-1D rewards attention and masterful flying; by-the-numbers capability is available at all flight regimes. Proper technique will be required to recover from stalls, as well as for performing for safe landings and textbook take-offs.”