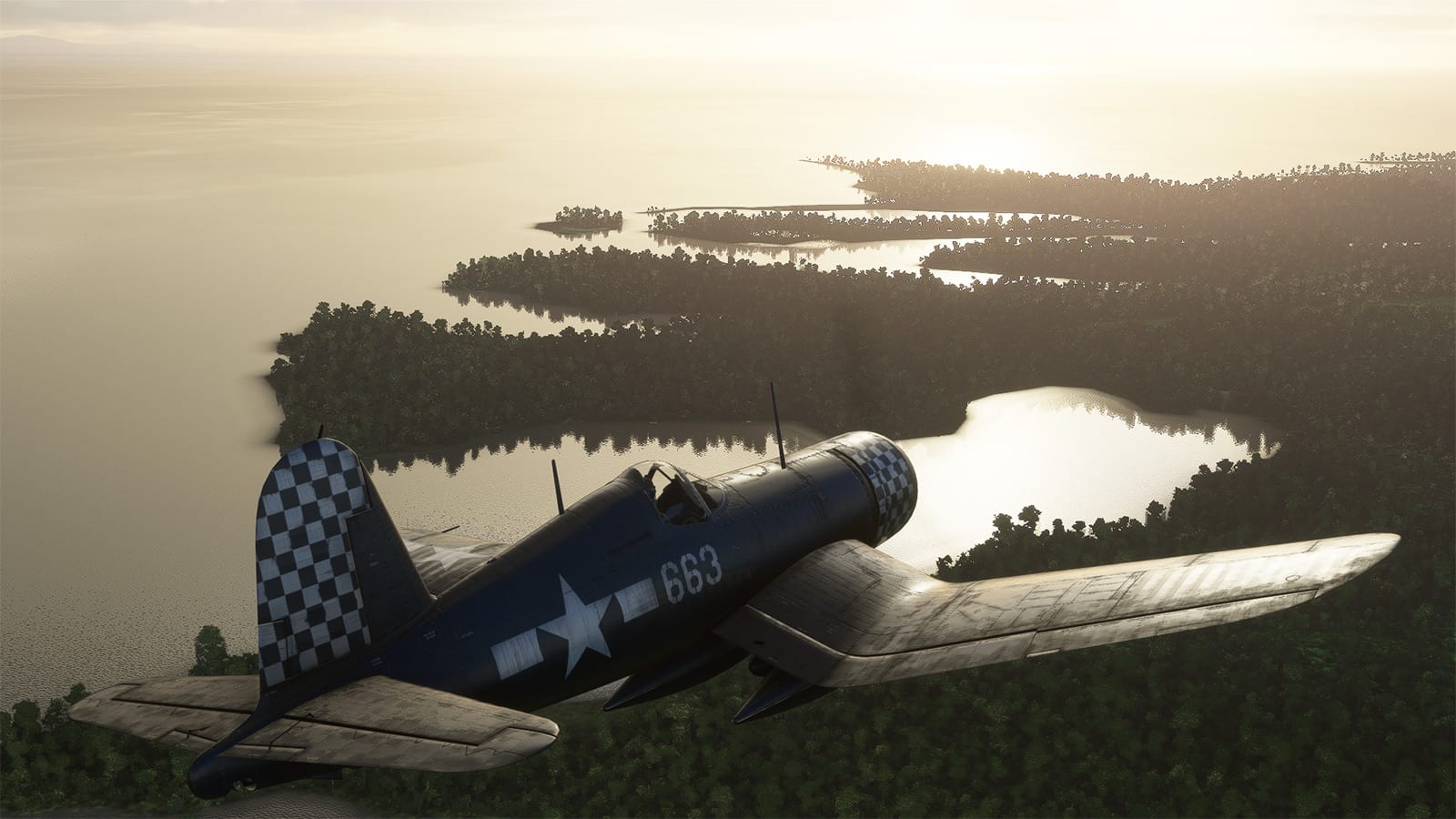 Third-party developers are continuing to show off impressive screenshots of upcoming add-ons for Microsoft Flight Simulator.

First of all, we get an update from Aerosoft, showcasing another look at the de Havilland Canada DHC-6 Twin Otter.

We see the top layer of the textures of the wings, the standard wheel models (other models including floats will be made as well) and the cabin. The aircraft will have both passenger and cargo cabin options.

Next, still from Aerosoft, a look at the taxiway illumination in the upcoming Berlin Brandeburg (EDDB) airport. It’s based on the new airport lighting system implemented in Microsoft Flight Simulator, including includes directional center lights, hold short lights, wigwags, and more.

Back to aircraft, Whiskey Jet Simulations showcased the Korean Airlines livery for its upcoming Airbus A220.

Last, but not least, Military Visualizations showcased a more extensive look at its previously-teased Vought F4U Corsair, which is said to be “coming soon” to Microsoft Flight Simulator.