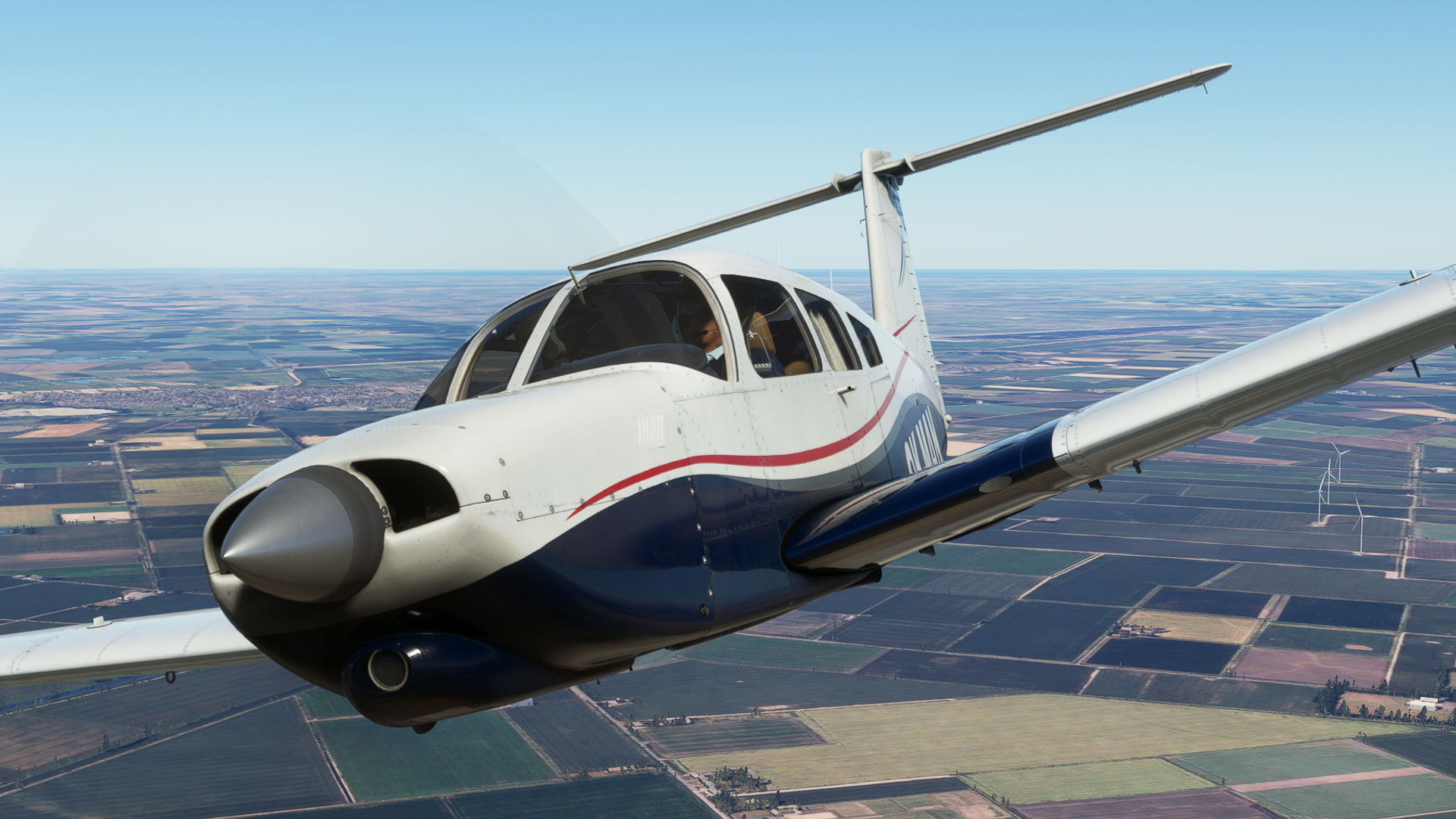 The images show the variety of liveries available for the aircraft. The visuals are “pretty much complete” and only coding and tweaking remain to be done.

Incidentally, it’s worth mentioning that Just Flight will also release a non-Turbo Arrow III, which should come very soon.

Speaking of Piper PA28R Arrow III, the one by Carenado is also very close to its launch, and we get the “last shots before release.”

Last, but not least, Whiskey Jet Simulations released another screenshot of its Airbus A220. This time around, it displays the Egyptair Express livery.