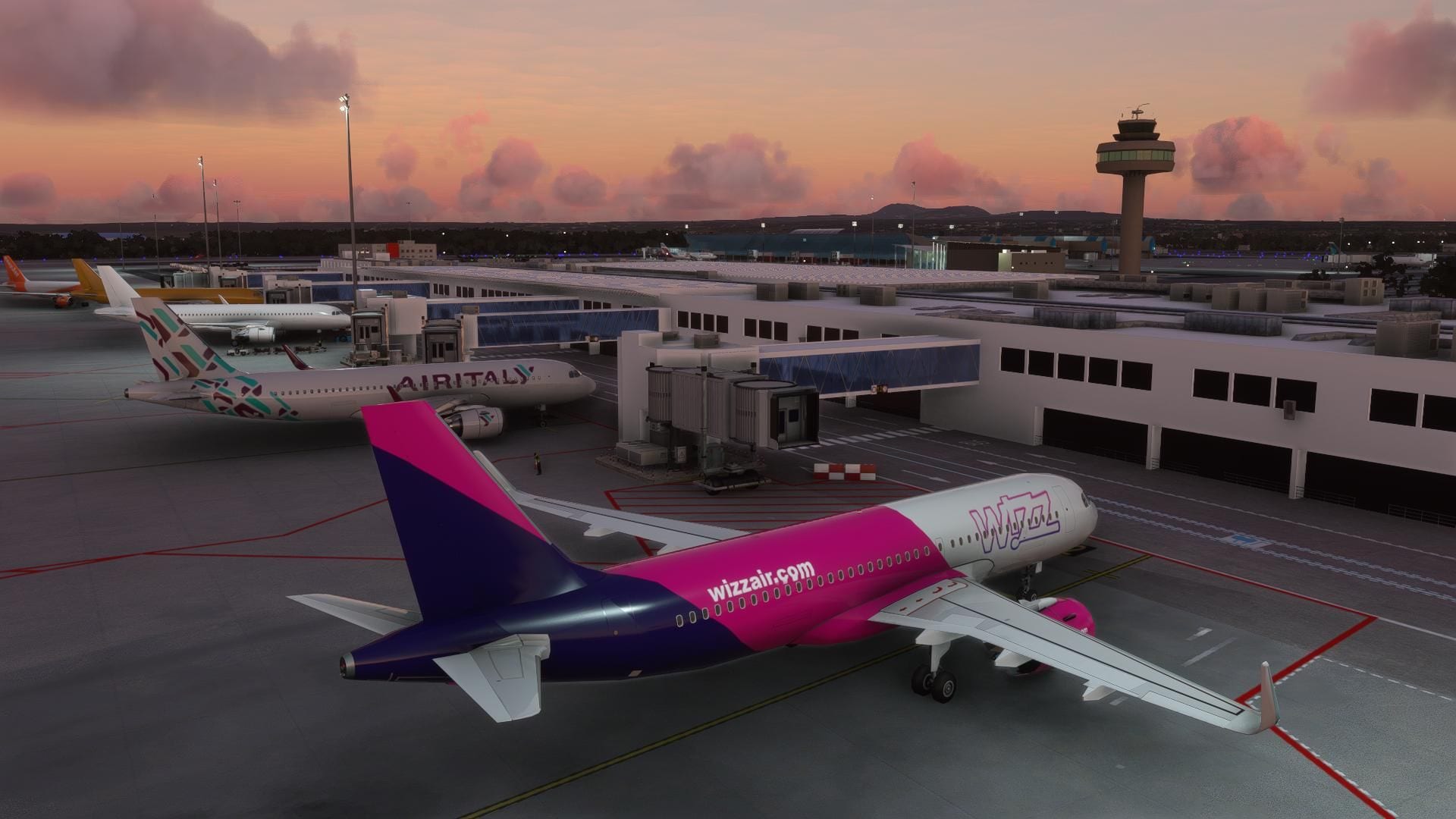 Third-party developers are continuing to work hard on new airports to enrich the world of Microsoft Flight Simulator.

Today we hear from Just Flight that provided an update for its Palma De Mallorca Airport (LEPA).

Interestingly, we get to see what appears to be a working visual docking guidance system, which is still rather rare in Microsoft Flight Simulator.

“Much progress of late, we have seen a huge addition of new 3D objects. Most of these do not have any textures yet as we wanted to ensure all objects and buildings fit precisely and have accurate dimensions before starting the texturing work. The ground textures are almost done and we have spent an enormous amount of time making sure they are all accurate and reflect the latest airport charts. We have also started experimenting with some new features such as moving escalators and some other cool stuff that we hope to cover in our next update. One of the next big tasks is going to be to swap all default jetways for accurate models that depict their real-world counterparts. Palma airport has several different jetways and we can’t wait to see them all in action.

As things stand, all the major building work should be completed within the next week. We are also planning to add a lot of additional buildings that are outside the airport parameters. These will be built next. We have also started performance testing on different computer systems. We are adding different models with varying LODs depending on view distance to optimise the scenery.

We hope you enjoy the new screenshots and will show you more of our progress next month.”

Next is Aerosoft, which showcased another look at Berlin Brandeburg (EDDB)

Moving on to something less massive, Onfinal Studio provided a look at Stokmarknes Airport (ENSK) in Norway.