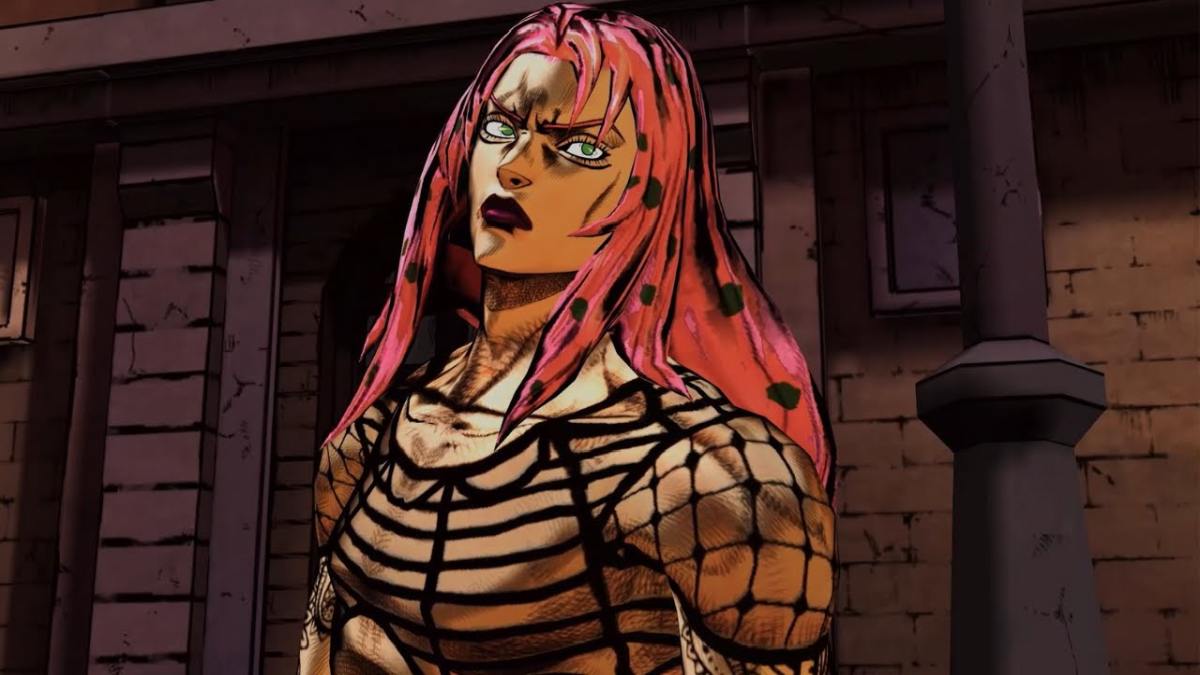 This time around it’s “Vento Aureo” antagonist Diavolo’s turn to step on the stage, and he does so by beating Giorno Giovanna himself into the ground.

Alongside Diavolo, we also see his stand King Crimson in action, with its time-bending abilities in full display.