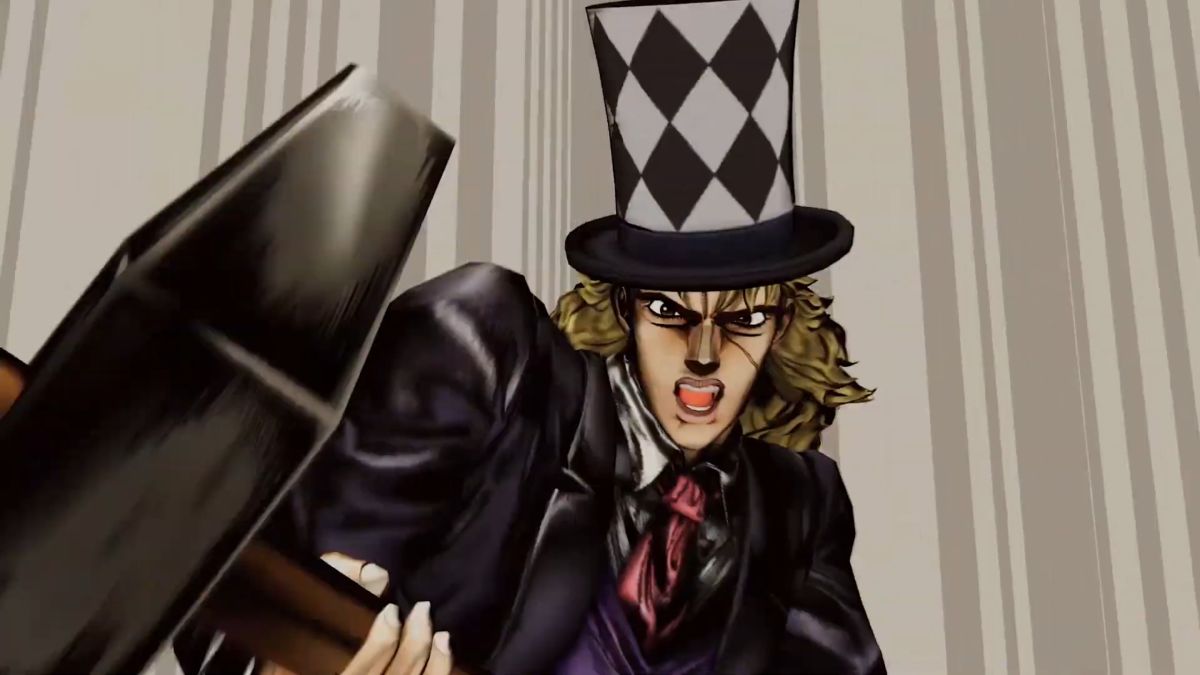 The video focuses on Robert E. O. Speedwagon, one of the new characters introduced with the remaster.