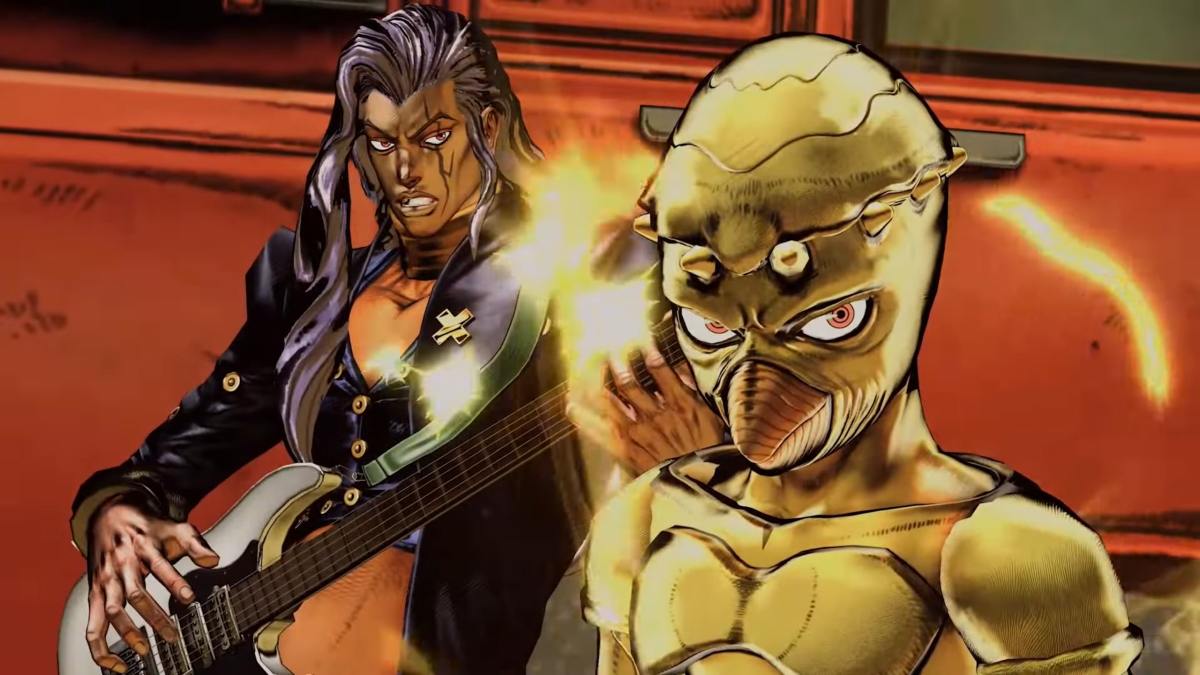 This time around we get the introduction of Akira Otoishi from Diamonds is Unbreakable, who fights with a guitar because it’s cool.

On top of that, we also get to see his stand named “Red Hot Chili Pepper” in action.