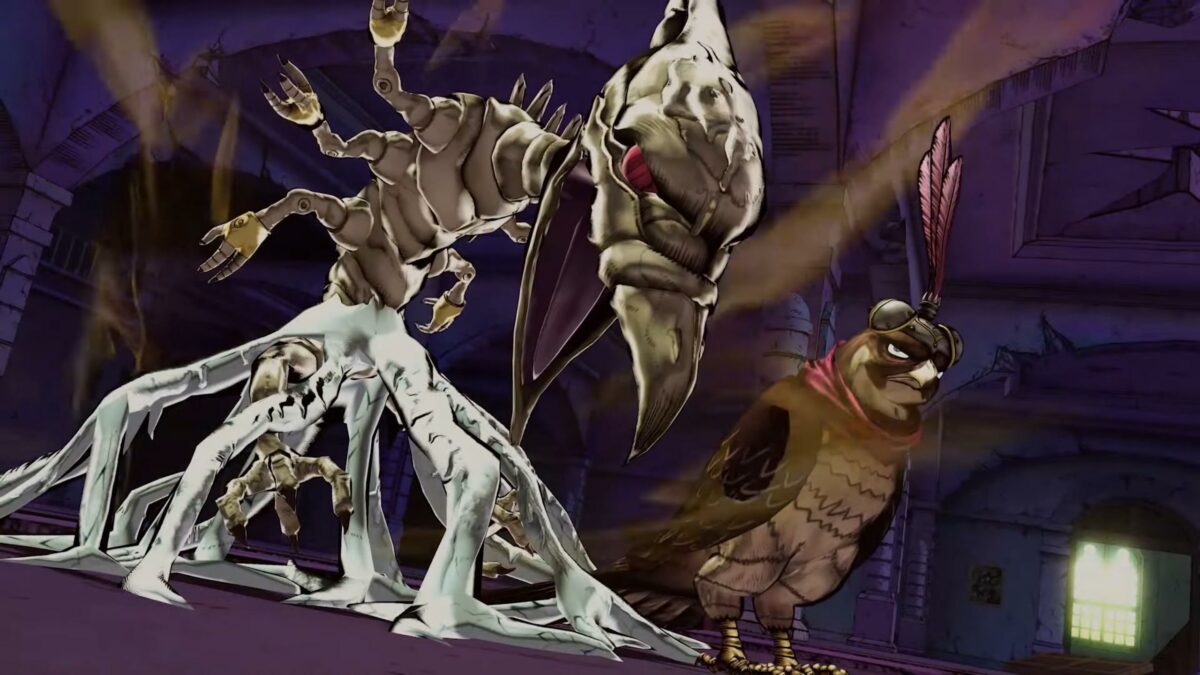 The video showcases one more of the new characters that have been added with the “R” version, Pet Shop.

He’s one of the most unique antagonists of the third arc of the series, and we see him in action alongside his stand Horus.

As a bonus, we also see him fighting against Iggy in a recreation of their fight in Dio Brando’s mansion.