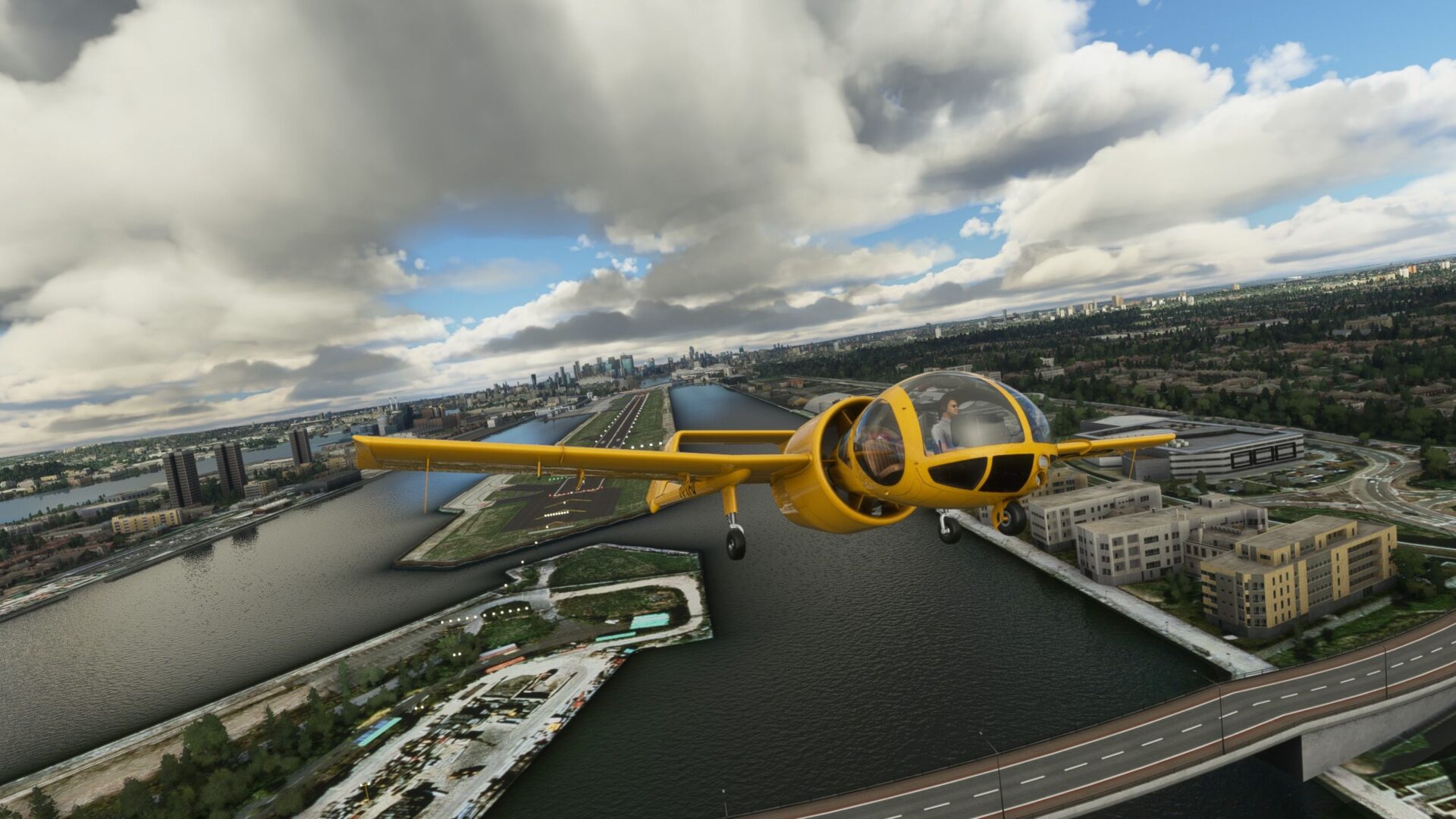 One of the elements that may surprise the new virtual pilots that will approach the flight simulation hobby in two days (at least if they don’t follow our daily MSFS news) is how prolific the third-party add-on market is. Think of DLC, but created by third-party developers and released by the hundreds every year.

Australia-based Orbx is one of the most prominent among the companies creating such add-ons, counting on several development teams around the world.

Today’s trailer shows some of the add-ons that will be available when the Xbox version launches, the iconic London City Airport (EGLC), city packs for London itself and Singapore (which massively improve the looks of the cities with tons of beautifully modeled landmarks), and the Edgley EA-7 Optica observation aircraft, which is perfect to take in the sights of the simulator.

Do keep in mind that there are going to be a metric ton of add-ons released for Microsoft Flight Simulator for Xbox just as it happened on PC. The market can be a bit confusing, so you can read my article on how to select those that are right for you.