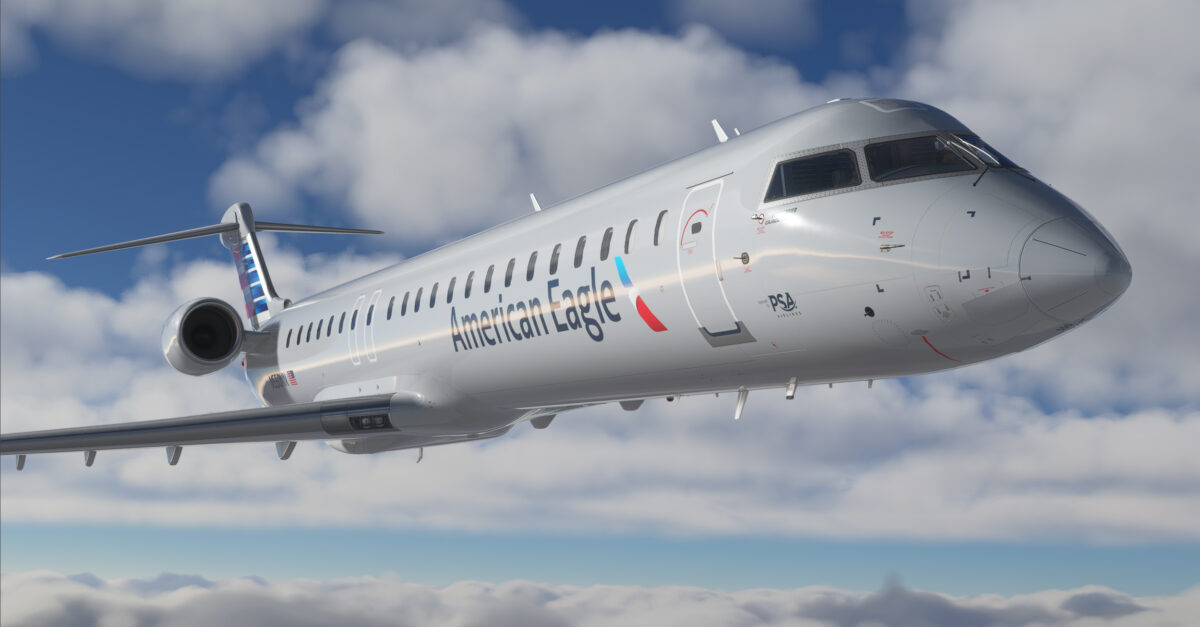 We start with Aerosoft, which shared more screenshots of another livery for the Bombardier CRJ 900, which will be offered as a further add-on to the excellent CRJ 550/700 package alongside the CRJ 1000 variant.

More precisely, it’s the American Eagle version, which certainly looks quite sleek in its grey color.

Next from Aerosoft and its partner developer Stairport Sceneries, we get the release of Venezia-Lido airfield (LIPV) in Venice, Italy.

While this is not the city’s main airport Tessera, it’s an extremely scenic small airfield on one of the islands, immersed in its beautiful photogrammetry which is among the best in Microsoft Flight Simulator in terms of quality.

It can be purchased at Aerosoft’s own store for €8.15 including applicable VAT.

We also get new screenshots of  Moscow Sheremetyevo Alexander S. Pushkin International Airport (UUEE) by Drzewiecki Design, showing off the night lighting of the terminal.

Last, but not least, Gaya Simulations provided another look at its Zurich Airport ( LSZH), showcasing the work being done on the detailed jetways.