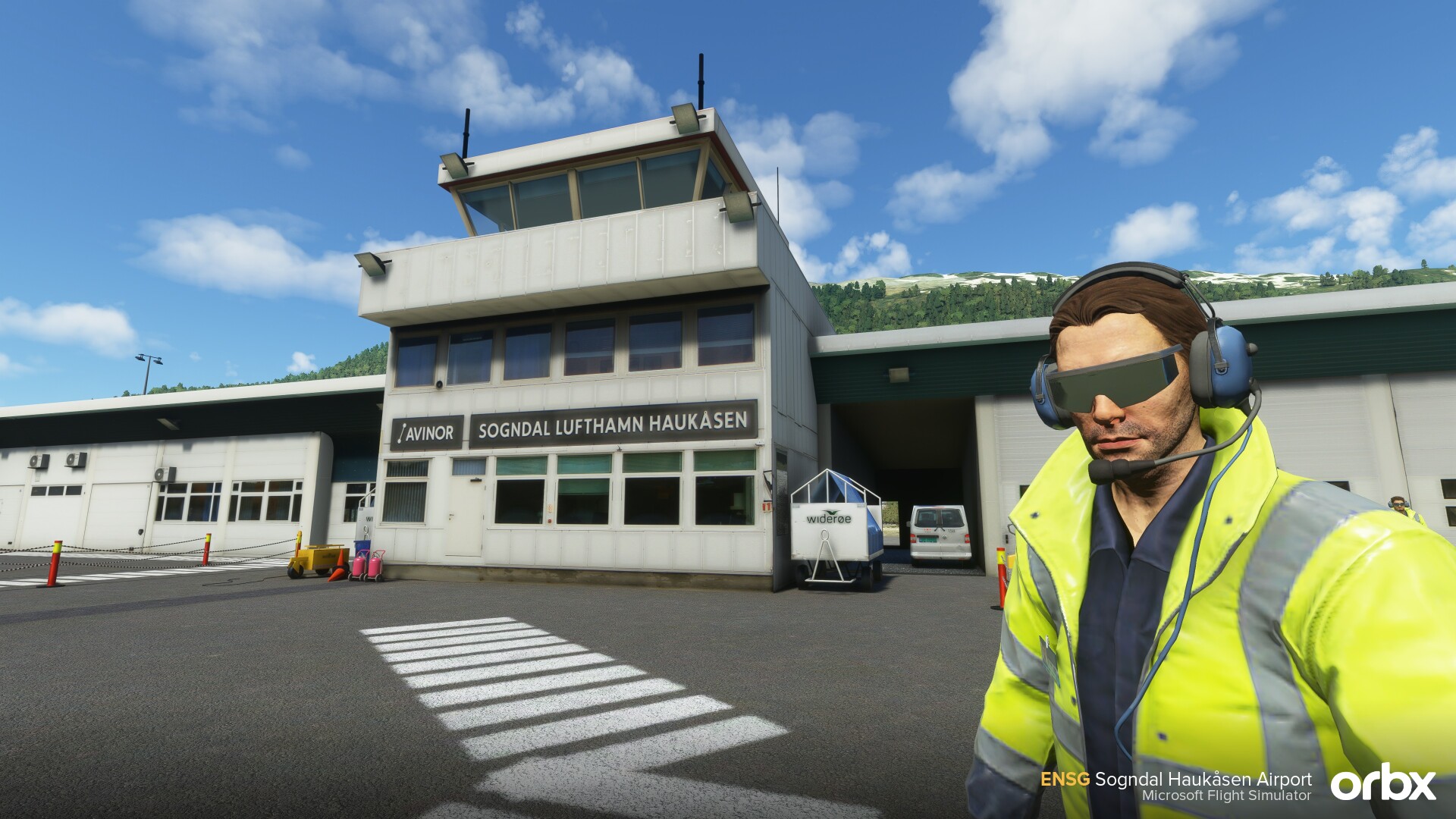 Here’s what you can expect and a nice gallery of screenshots.

“Our next airport comes from Andreas Hegi and is located in Norway. Providing you with some challenging approaches, ENSG Sogndal Haukåsen Airport is a perfect addition as you explore the Nordic Update in Microsoft Flight Simulator.

The airport offers stunning visual and instrument approaches and will test your skills in bad weather. The not so common PLASI (Pulse Light Approach Indicator) is used for visual guidance and with the runway perched atop a plateau, the margin for error is very low.

Originally developed for the ESP platform, Andreas has reworked the airport from scratch with introduced 4K HD textures and PBR. Its 1,180-metre is serviced by Widerøe Dash 8’s and is the sole airport serving the district of Sogn in a picturesque fjord landscape location.

Andreas has added other details such as custom ortho for the airport area, conditional display of people models according to time/weather, and added tower/ATIS frequencies.”

TDM Scenery Design is going to release an update of its previously-launched A Coruña Airport (LECO). It will include the following:

“Improved night lighting, improved terrain textures, 3D grass all around the apron and runway area, more objects on the apron, the Hospital Heliport is now operational to land on and also the Civil Guard Heliport inside the airport.”

Interesting, TDM appears to be helping its partners at Aerosoft test the CRJ-1000, as some of the screenshots features it in its Binter Canarias livery.

On top of that, we learn that Óscar Machado Zuloaga International Airport (SVCS) in Caracas, Venezuela is in its final phase of development and should be released by the end of July, while Santiago de Compostela Airport (LEST) and Valencia (LEVC) will be next on the developer’s roadmap.

Microsoft Flight Simulator is already available for Windows 10 and Steam and will release on July 27, 2021 for Xbox Series X ad Series S