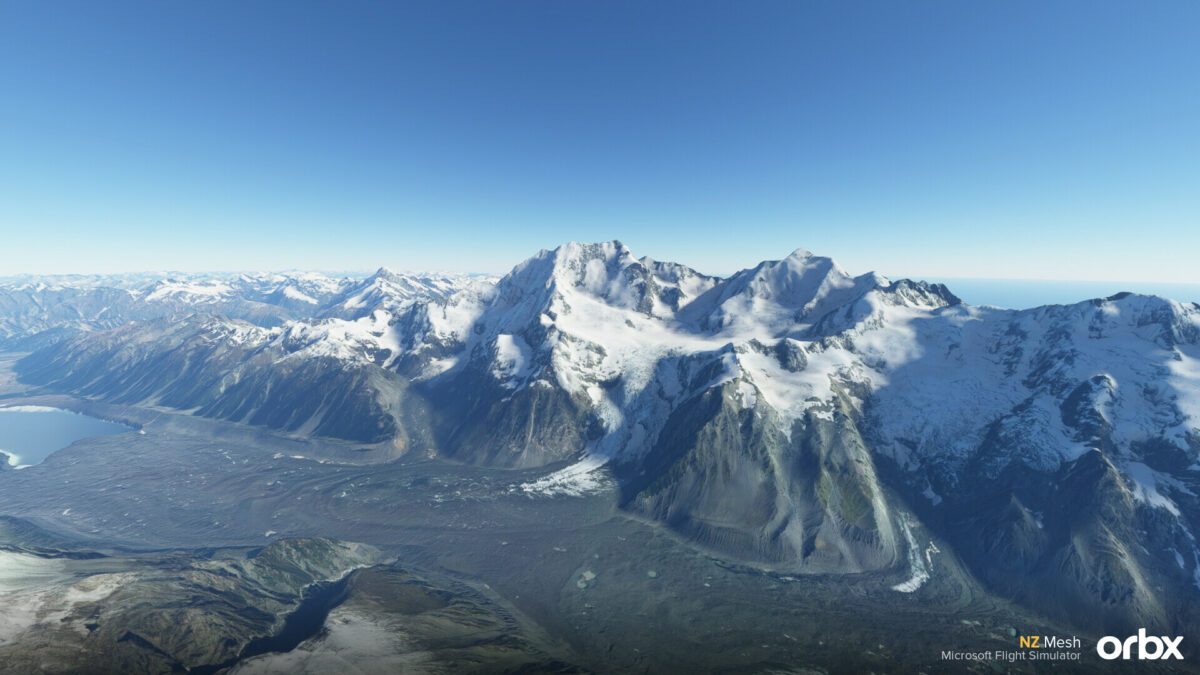 First of all, fans of flying down under will be pleased to know that Orbx will release a brand new mesh product for New Zealand later this week.

Here’s what we can expect, alongside a batch of screenshots:

“NZ Mesh is the first product made with our new proprietary approach for custom terrain meshes for Microsoft Flight Simulator.

Created from carefully blended high-resolution DEM data, NZ Mesh is a 100% self-contained product with no changes made to the default mesh or any other files. With virtually no noticeable performance impact, each LOD is consistent without any blurring or LOD morphing when flying over the diverse terrain of New Zealand.

When installed, NZ Mesh takes up only 523MB of hard drive space and comes in at a 10m resolution. We are planning future updates to this product with LIDAR data of up to 1 m resolution to further enhance terrain detail in rural and urban areas.”

Next is a new screenshot of Memmingen Airport  (EDJA) by Gaya Simulations, which we already know will be distributed for free. The popular developer promises payware quality, so this is one to look forward to.

We also get an update from Gate15Scenery showcasing something special for Okegawa Airfield (RJT1), near Tokyo. The package will include a Cessna 172 livery representing the Honda Airways aircraft based at the airfield.

Last, but not least, we get a new look at  Coventry Airport (EGBE) in the UK by MT Scenery Design, showing off work on the Airport Retail Park and the runway 23 approach.