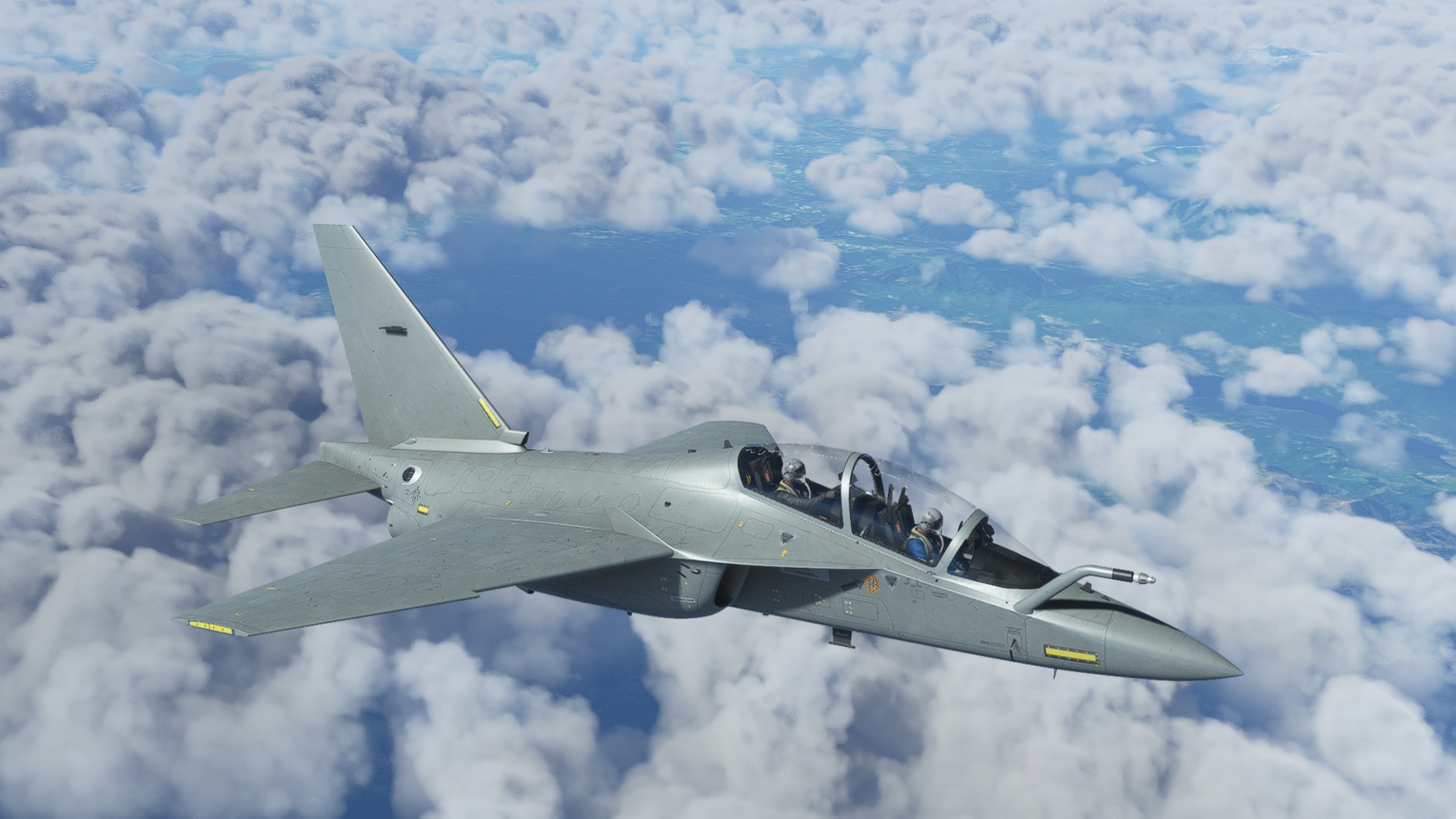 Like every day, third-party developers have provided updates about upcoming add-ons for Microsoft Flight Simulator.

First is IndiaFoxtEcho, which is hard as work on the M-346 Master jet trainer. Here are some new screenshots and a development update.

“As promised, we are trying to make the best use of MSFS graphic engine, therefore, we have decided to rework the cockpit with completely new textures and improved details.

Also, we have been remastering the external textures in 8K so that they look much sharper on closer views – and we are completely remaking some details like the main landing gear (not yet shown in the pictures).

In terms of system simulation, it will be very close to our P3D M-346, although it will have a simpler TSD screen and there will be some missing functionalities (like the RWR radar and the HMD).

We do not have a release date, but the project is moving forward quite quickly… so maybe it is not as far as we initially planned.”

Speaking of military aircraft, White Waltham (EGLM) airfield in the UK by Burning Blue Design will be released today. It’s the largest grass airfield in civilian use in Europe, and it features quite the collection of warbirds on display.

We’ll update this post when the aircraft launches with a link to where you can find it.