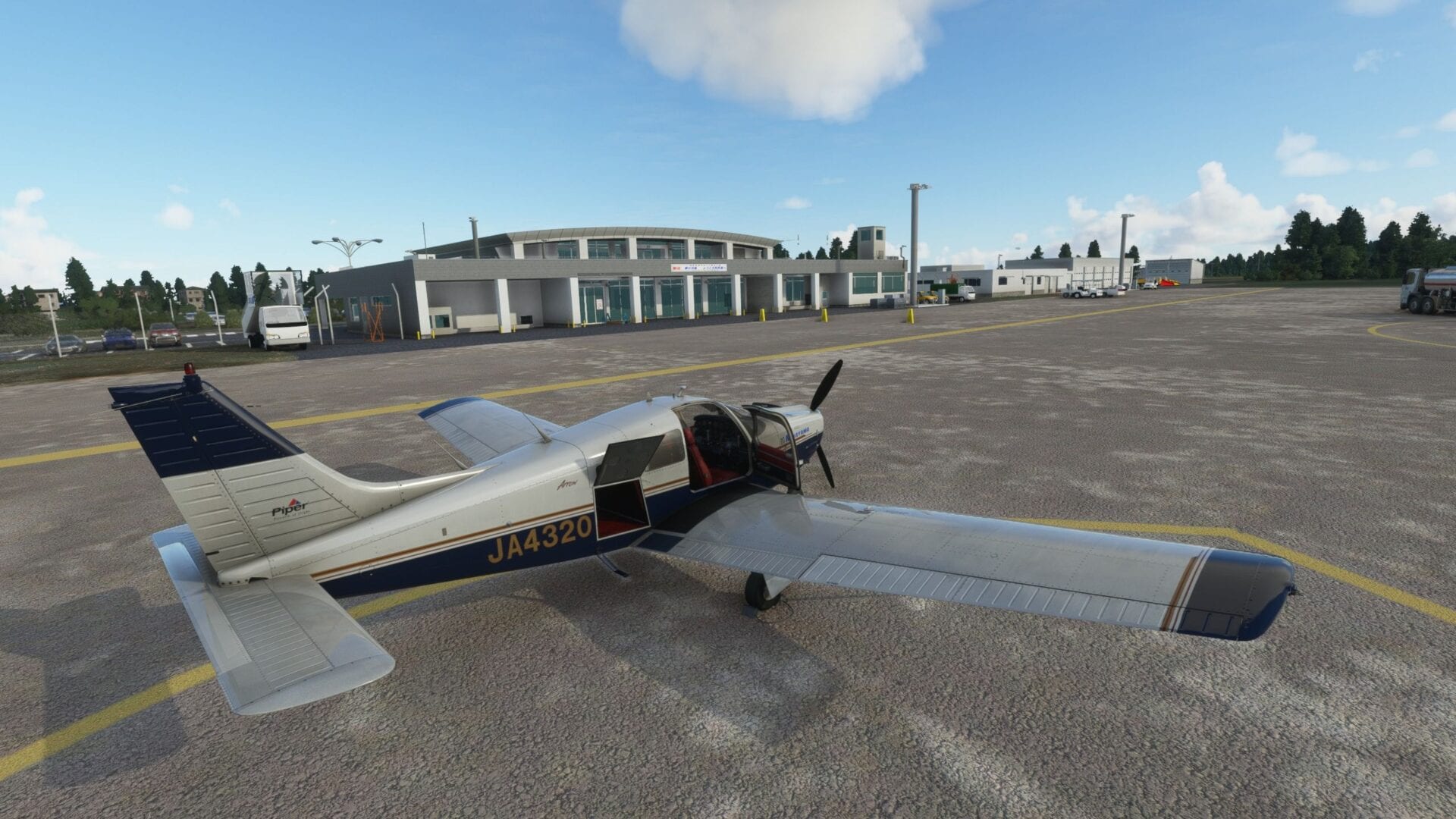 Like every day, third-party developers are delivering news and releases for Microsoft Flight Simulator.

We get a new airport in Japan, and it’s a scenic one. Gate15Scenery announced and released Rishiri Airport (RJER).

It’s a small but very scenic airport on the sea on Rishiri Island, off the coast of the Japanese northern island of Hokkaido.

It can be purchased on SimMarket for approximately $15 plus applicable VAT.

The second airport is in Italy and comes from a new developers hitting the payware scene, Salvuz.

It’s Verona Villafranca (LIPX) airport in Italy. While it’s not one of the biggest airports in Italy, it sees plenty of airliner traffic and military use as well.

You can find it on SimMarket for approximately $17. You can see a few images and a feature list below. Incidentally, Salvuz released a very good freeware airport as well a little while ago Venegono (LILN).

Next is an upcoming aircraft announced by Terrainy Studios. It’s Van’s Aircraft’s RV-8. At the moment, there is no release or pricing info but we get to see a few screenshots.

Last, but not least, a bonus look at the progress of Hangzhou Xiaoshan International Airport (ZSHC), posted by chongwen20110901 over at FSDeveloper. Considering the lack of large airports for MSFS in mainland China, it’s certainly promising.