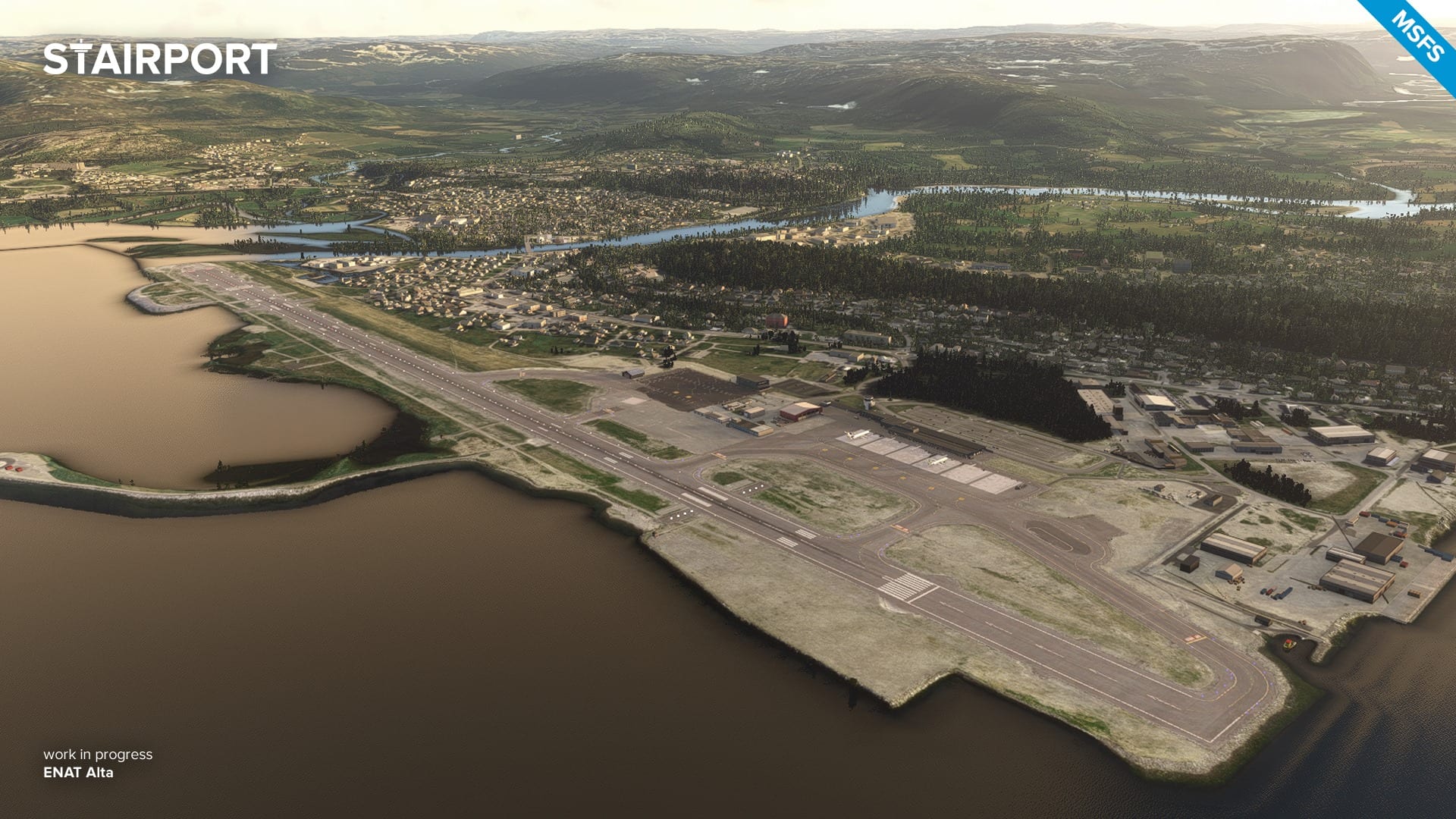 Like every day, third-party developers have announced and released new additions to the growing world of Microsoft Flight Simulator.

First of all, we get the announcement of Alta Airport (ENAT) in Norway by the folks at Stairport.

While it’s not the biggest airport, it’s certainly quite scenic, with its position on the southern shore of the Altafjord.

You can see the first screenshots below.

With its scenic location in the French West Indies, it’s certainly a great place to fly to if you like exotic destinations.

It’s available on SimMarket for approximately $22 plus applicable VAT and below you can see a few screenshots and check out a feature list.

We also get to see another look at the cockpit of the Airbus A220 by Whiskey Jet Simulations, with the mention that everything low-polygon, including the seats, is going to be remade.