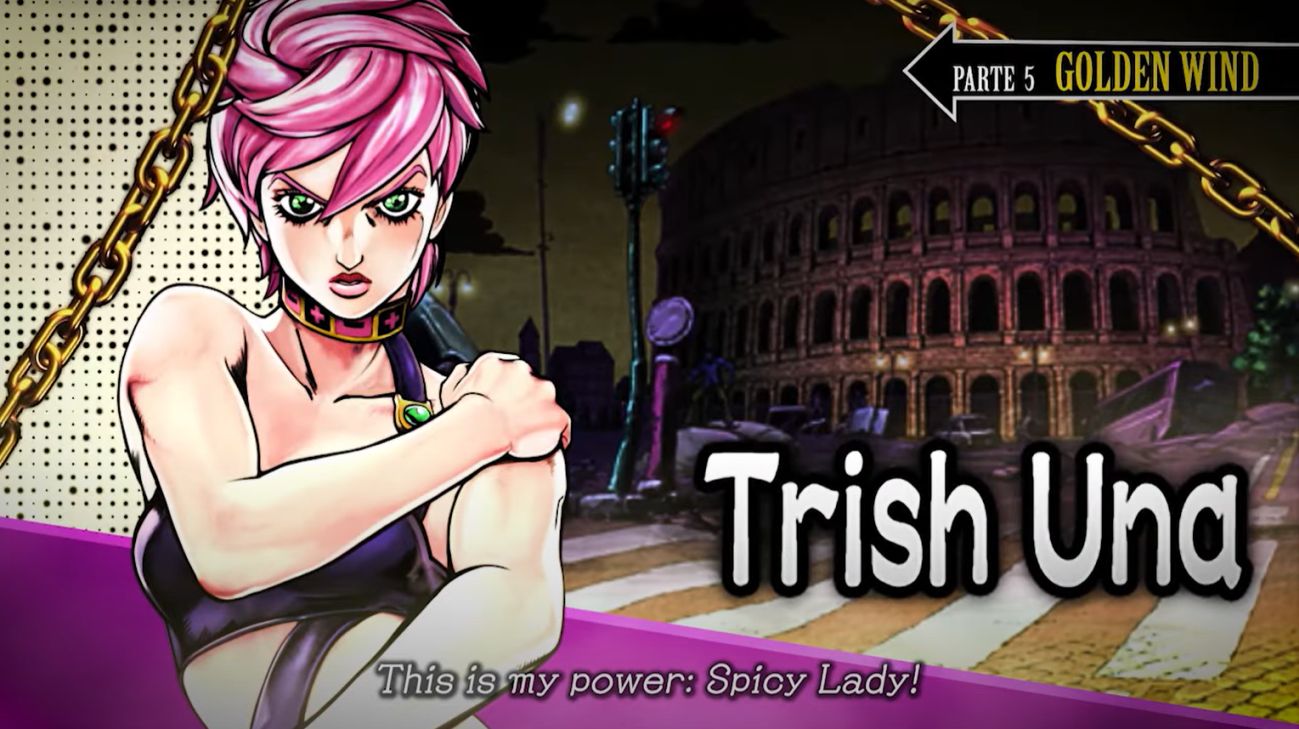 The first trailer focuses on the characters coming from Part 5 of the manga and anime titled “Vento Aureo” or “Golden Wind.”

We get to see the whole cast including Trish Una, Prosciutto & Pesci (who act as a single character), and Ghiaccio.

The second trailer moves on to Stone Ocean and provides a look at one of its characters, Narciso Anastasia.

Of course, the trailer also showcases his stand, Diver Down, in action.