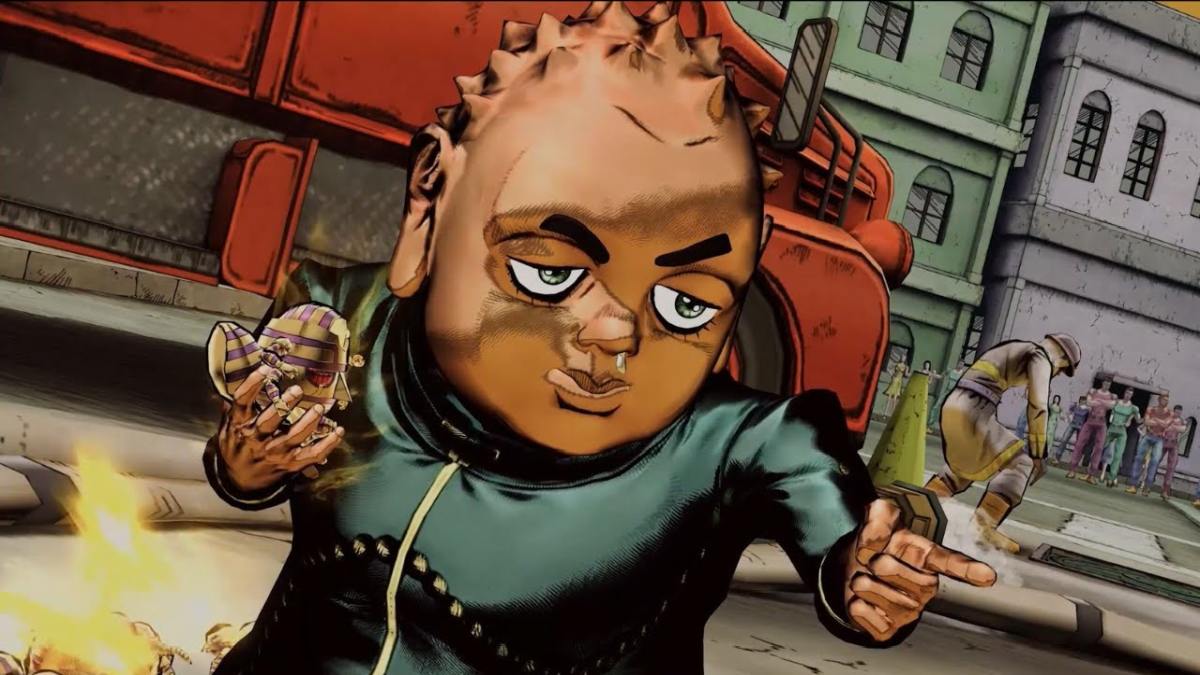 This time around, we can enjoy a look at Shigekiyo “Shigechi” Yangu, straight from Diamonds is Unbreakable.

Of course, we also get to see his stand named “Harvest” in action.