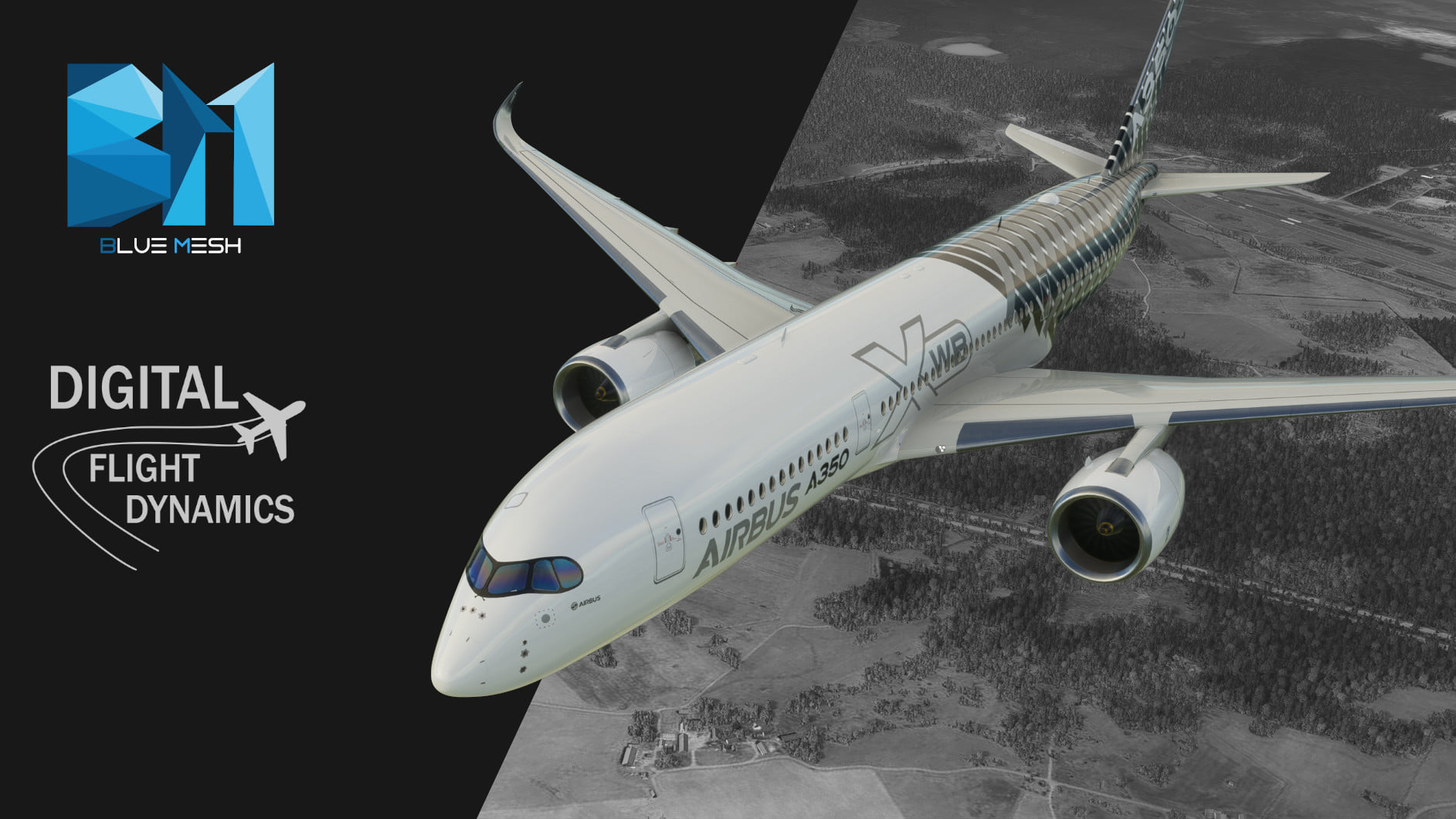 First of all, Orbx released a new mesh for Iceland that further improves the latest world update. The best thing is that it’s free.

You can get it here from Orbx Direct.

The next reveals comes from BlueMesh, which was working on a payware Airbus A350. The team includes only two developers, and they realized that the workload to create such a complex airliner was too big, so they decided to cancel the project.

The good news is that they aren’t scrapping it. They instead donated all the assets they already created to Digital Flight Dynamics that has been working on the aircraft’s systems as a freeware and open source project. Below you can see a few screenshots of the work in progress, which certainly seems promising.

Next comes Carenado with new screenshots of its Cessna 170B, which should release on the official marketplace soon.

Interestingly, the model will include both standard and tundra-style wheels.

Last, but not least, Gate15Scenery revealed a trailer of its upcoming Okegawa Airfield (RJT1) near Tokyo, Japan.

The scenery releases tomorrow, but you can take a good look at the airfield and its surroundings below.

Update: the scenery is now available on Simmarket, priced at $18 plus applicable VAT.