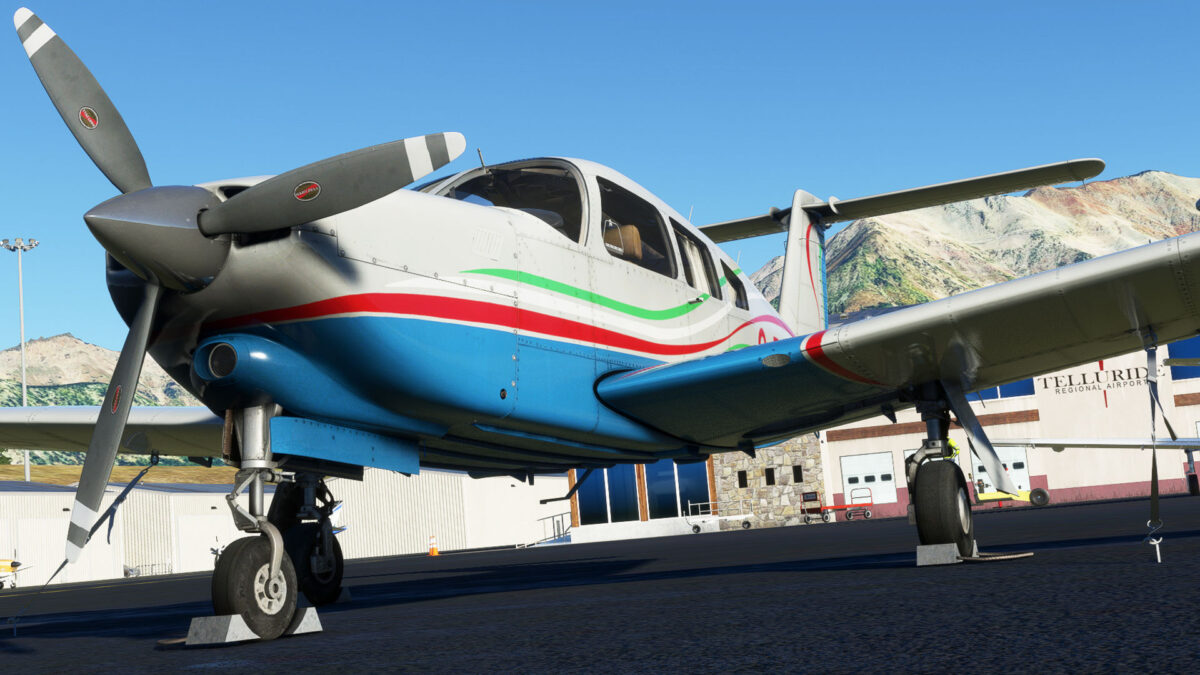 Below you can read an official description and a feature list.

First available in 1977, the Turbo Arrow III was the first turbocharged variant of the PA-28R Arrow, retaining the conventional tail of the Arrow III and a new cowling which housed the six-cylinder turbocharged engine. The Turbo Arrow IV followed in 1979 and featured a distinctive T-tail.

The aircraft is flown all around the world and this add-on reflects that global popularity, featuring ten liveries from the USA, UK, Germany, Switzerland, Austria, Australia, and the Czech Republic.

The Turbo Arrow III is supplied in the following five paint schemes:

The Turbo Arrow IV is supplied in the following five paint schemes: